So RCEM ’15 in Manchester has been a sell out! So for those of you that weren’t lucky enough to be here, here’s what’s been going on on Day 1! Be sure to hit the link for the podcast above if you want to hear our editorial team talking about the day.

We hit the ground running, though there were the usual gremlins with the AV system that scuppered both Rick Body and Cliff Mann’s openers. It’s the mark of a great speaker that both of them managed it seamlessly.

It opened with none other than the resuscitationist himself Scott Weingart

“Don’t let the #RESUSwankers get you down” – Scott Weingart

Scott Weingart @EMcrit gave a super talk in the opening session of #RCEM15.

To set things off in the right direction, he gave tribute to the late and loved @DocJohnHinds’ popular trend #resuswankers but modified it into a perhaps more politically correct acronym (don’t all medics love an acronym): 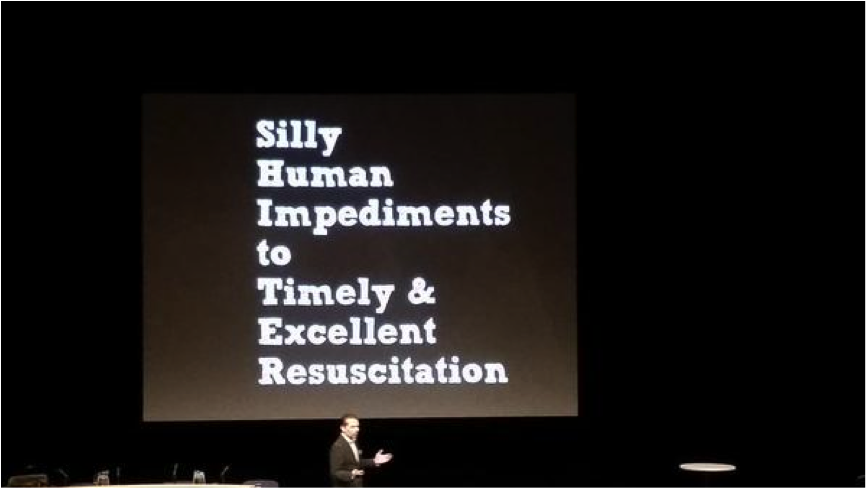 His talk was in essentials about human factors in the ED and improving your medical practice.

Linking in with medical conundrums we all know so well (but probably under a different name), including “ECG thrusters”, “propofol assassins” and leadership encroachers, Scott asked if the time has come for the ED to create what is known in aviation as a “sterile cockpit” (you can read more about this here).

“You only have a limited number of good decisions per shift,” he continued, pointing out that delegation and prioritization is key to avoiding decision fatigue.

Our job as ED clinicians was to aim for maximally aggressive care: curative or comforting.

Health Promotion in the ED – Natalie May

In a separate stream, St.Emlyn’s Natalie May (@_NMay) challenged how to approach health promotion in the ED with “nudge” libertarian paternalism and teaching patients how to make better choices.

Janos Baombe (@baombejp) followed by preparing us for a MERS outbreak. His lecture notes can be found on the St.Emlyn’s website.

RCEM’s Adrian Boyle (@DrAdrianBoyle) gave a very honest talk about how our audits are and aren’t working, emphasizing that more rapid cycles and placing results in the public domain in terminology that can be understood by the general public (including journalists) is the way forward.

Improving the Emergency Treatment of Suprventricular Tachycardia: The  REVERT Trial (Published in The Lancet)

This was a randomised controlled trial of standard valsalva versus modified valsalva.  the idea behind modified valsalva is to increase venous return in the relaxation phase, increasing the chances of cardioversion and avoid the need for adenosine. Wondering how to perform the modified manoeuvre? Watch Andrew show you in this video

Conclusions: reliable results, it works, safe and simple, ready for use!

You can find a lovely summary of REVERT Trial by St emlyns.

The ProMISe Trial: What do the results really mean?

Randomised Control Trial in UK with the hypothesis in adult patients presenting to the ED with signs if early septic shock that EGDT is superior to the delivery of standard resuscitation. The aim was to achieve 80% power to detect an 8% ARR in 90 day mortality (from 40 to 32%)

Primary outcome: no difference in mortality at 90 days – similar to Process (US) and ARISE (Austrlaia/NZ)

Secondary outcome: with Early Goal Directed Therapy -patients had a longer ICU stay with a higher proportion of patients receiving advanced CVS support – could this due to EGDT needing an ITU setting?

Oh and St Emylns have produced another great summary of ProMISE

Dr Daniel Horner (@thegreathornero) gave the initial talk of ‘The Blood’ stream, giving us a great “Masterclass in the diagnosis of VTE”.  He took us through an update on clinical decision aids, risk stratification, and advances in the utility of D-Dimer testing (including the development of age and trimester adjustment).

His advice: use your brain, understand the diagnostic tools at your disposal, and share decision making with the patient.

You can get his full blog on this topic courtesy of St. Emlyn’s here.

Thombosis and Emergency Physician, an ‘export’ of Manchester’s EM training to Albert, Canada, and well-published her field field.  She gave us a great update on what the current state of play should be when treating VTE in 2015.

This is an exceedingly rare condition, with the typical hospital treating only one per year, yet the typical hospital will investigate for it once per week. Trying to decide who to investigate to do the least harm without over investigating is something that undoubtedly keeps many an ED doc awake at night. The good new is with the DiPEP study, hopefully we will gain some valuable evidence to guide us on this in the future.

His take-home points were:

Diagnosing PE in pregnant and postpartum women is complex and challenging.

Unselective imaging is safest for the doctor but not the patient.

An interesting talk by Prof. Coats (of CRASH2 fame) on the recent resuscitation of this drug that has been around since the ’50’s.  Since the CRASH2 trial, we ED Docs have all fallen in love with tranexamic acid, and as Prof Coats points out, this means we’re using it for all manners of major haemorrhage – a straw pole of the room demonstrated around half of us have it in our standard major haemorrhage protocol, regardless of trauma as the cause, despite the fact that there is no evidence to support it.  There are, however, lots of trials ongoing to assess the utilisation of TXA for a multitude of other sources of bleeding, with >250 trials published on the topic in the last 12 months alone.

Entertaining and informative as always Mark Wilson (@markhwilson) gave the opening talk for the trauma afternoon session, Neurosurgery in the ED. Touching on the prospect of ED Burr Hole’s (if more than 2 hours from the nearest neurosurgeon and they say it’s a go!) and ICP bolts where needed.  Also worth checking out his fascinating publication on fixed dilated pupils in TBI.  And a talk from Mark can’t go by without a well deserved plug for the goodSAM app which continues to go from strength to strength – if you haven’t already, get on it now!

Karim’s main take home point was to do the basics well. Process and marginal gains most important improving outcomes for Trauma patients.

Remember crystalloids are not useful…. balanced resuscitation is the ideal, you can’t make a clot without fibrin – therefore you need FFP, platelets, cryoprecipitate AS WELL as blood! You can see a similar talk from Karim at SMACC

Medical Director for London’s Air Ambulance, Dr Gareth Davies, inspired us with some of the more cutting edge, almost science-fiction-esque recent advances in trauma care. From REBOA, to prehospital ECMO, to suspended animation (hoping to soon be recruiting at Baltimore Shock Trauma).  His main take home though: the real cutting edge is about the simple things, diarrhoea spoons for rehydration salts, and the simple airway manoeuvres that could make all the difference in patient’s with impact brain apnoea (and so the goodSAM app was born).

The final session was opened by Professor David Yates – the first ever EM professor, who talked us through how Emergency Medicine grew into the specialty we all have come to love.

My favourite anecdote of many from that talk, included what RCEMFOAMed’s Anu Mitra (@AcmeDR) called an “early example of the Friends and Family Test” (with a nice response from Patient Advice and Liaison Service at the bottom). David Yates once found this scrawled on the wall of a toilet in his ED. 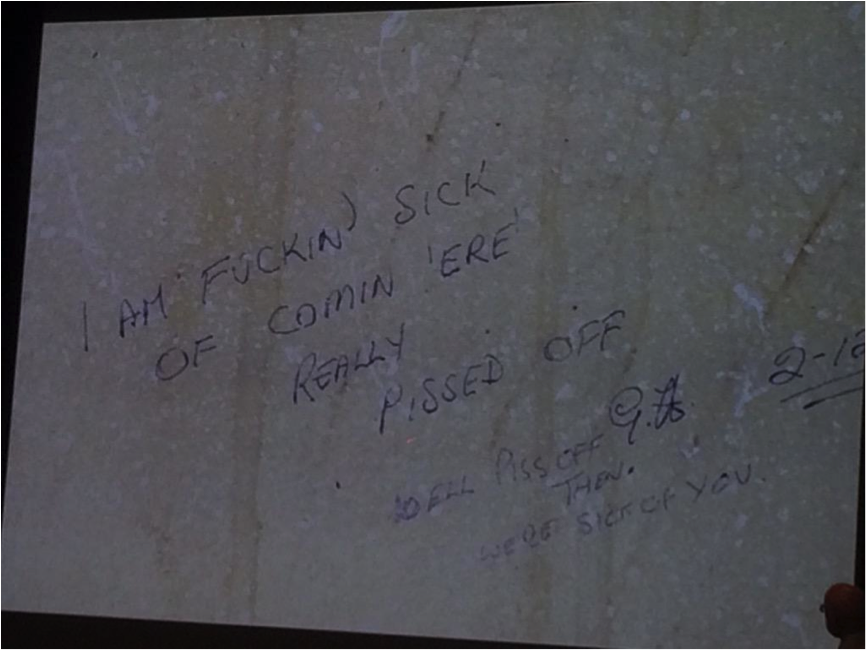 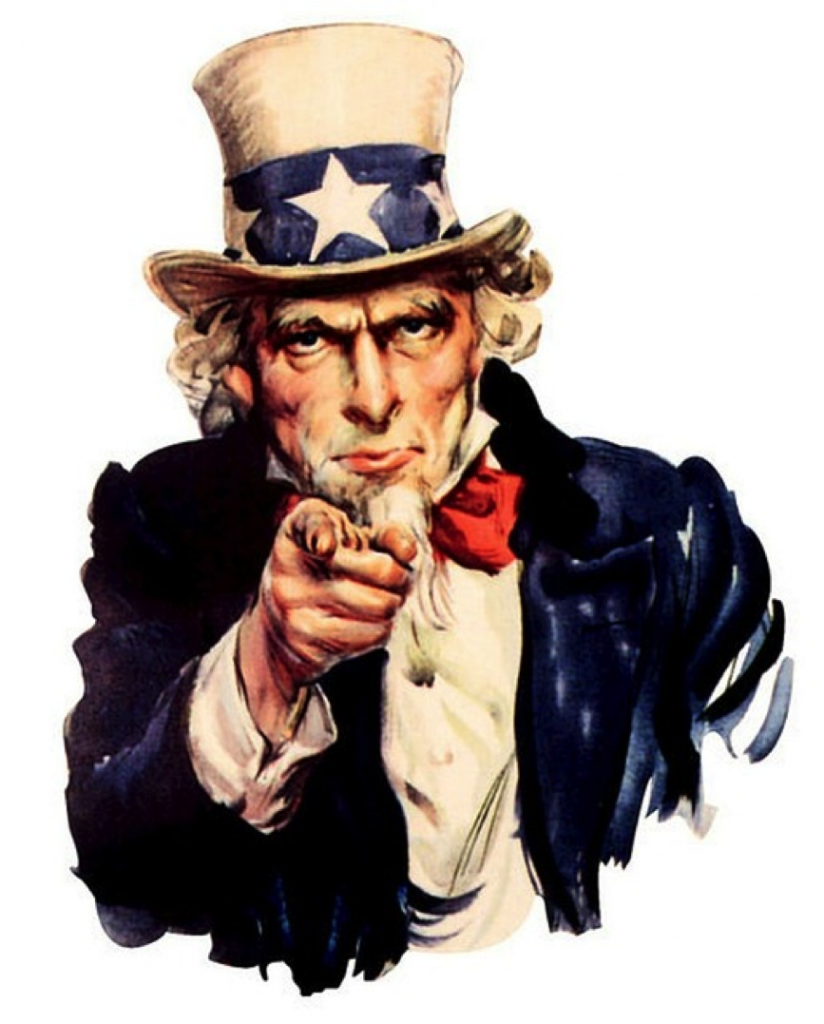 YOU, as an individual, he said, need to be “cutting edge”, linking in FOAMed as the progressive way to become top ED physicians.

We should strive to not only be competent, but excellent physicians, he said:

However, organisations should also strive to harness a cutting edge service, which buffers against individual variability.

Leaders in a “cutting edge” organization will inspire their team to practise what they stand for, he concluded.

The Reason I Do Emergency Medicine:

The hard hitting talk of the day which silenced an auditorium and had the undivided attention of EM Physicians – if you are an EM Physician or know one you will understand that this is hard, if not impossible, to do!

Iain brought out emotion never seen before in a room of EM physicians. He spoke about a difficult case which affected him for several years since when a teenager involved in a trauma died in his resus room.

We are not going to spoil it for you but if you listen to nothing else from RCEM15 make sure and listen to this (with a box of tissues). Thanks to St Emylns for making this available to share

The Future of UK Emergency Medicine

What a talk to finish with….. inspiring, witty and encouraging. Here’s our take home points:

but chin up folks it’s not all bad news……

We are working on sustainable staffing:

We were shown the RCEM’s vision for the future A&E brand which was very well received!

PREVIOUSAre you taking the pee? Urine testing in the ED
BACK TO POST
NEXTRCEM Manchester Day 2