Fractures are the second most common manifestation of abuse in children after burns. In toddlers especially, fractures of the humerus and femur should trigger alarm bells about non-accidental injury (NAI).

Because of their nature, toddlers are especially at risk of NAI 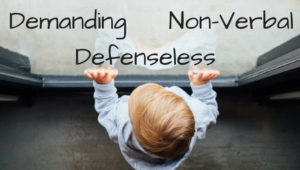 However, there is a theory that a child who is very young (typically less than 2 years), should not be able to mount enough velocity to break these bones (except for supracondylar fractures).

In fact, if you had to exclude supracondylar fractures and road traffic collisions, a femur fracture in a child younger than 18 months has a positive predictive value for NAI (chance of the injury happening secondary to abuse) of 59% and 49% for a humerus fracture.

The evidence, however, points to the plausibility that although NAI is common in these fractures, accidental mechanisms are also very likely. And while it is imperative that our screening tests pick up every child who has sustained their injury through abuse, we also have to make sure that we do not unnecessarily put families through the turmoil of a safeguarding referral. 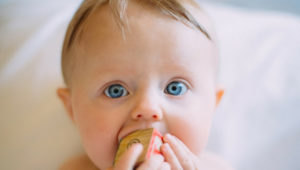 This is Jack: a 9 month old boy who was brought by his dad to the ED with pain in his right thigh after falling down a flight of stairs. He says he was folding some clothes when Jack dashed out of the room (crawling) and got to the baby gate which was mistakenly left ajar by his older sister and Dad heard him tumble and saw him land in a heap at the bottom of the stairs with his right leg curled under him.

Jack’s story is fictitious, but not far from the truth. You are seeing him in the PED and confirm on X-ray that he has a spiral fracture of his right femur.

You remember hearing that spiral fractures are indicative of child abuse. But that is hearsay, what is the evidence? A number of more modern studies (Murphy and Baldwin as examples) have refuted this theory, and it is actually the biomechanics and biodynamics of the injury that need to be taken into account.i.e. we need to make sure that history type (leg folds underneath body) fits the mechanism of injury (MOI) known to cause that type of fracture. 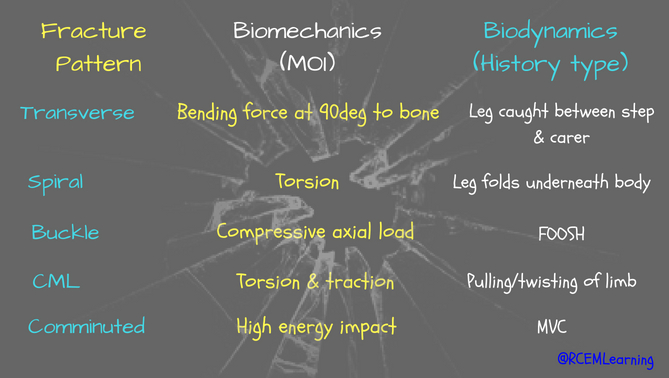 As you can see from the table above, some injuries are more likely to be caused by abusive injury. So for CMLs (Classic Metaphyseal Lesions), which require pulling and twisting of a limb to be caused and, if you think about it, are generally caused by abuse in the very young and are rightly considered high risk for NAI.

On the other end, buckle fractures and supracondylar humerus fractures are generally thought of to be non-abusive. But realistically, any type of fracture can be caused by abuse, so matching the reported mechanism of injury with the fracture pattern is important.

In Jack’s case, his Dad clearly reported that Jack’s leg twisted underneath him when he landed, so that torsion would cause the spiral fracture that he sustained.

This is only part of the puzzle however, and other factors need to be taken into consideration, including any differential diagnosis e.g. osteomyelitis, neoplasms, osteogenesis imperfecta (OI). 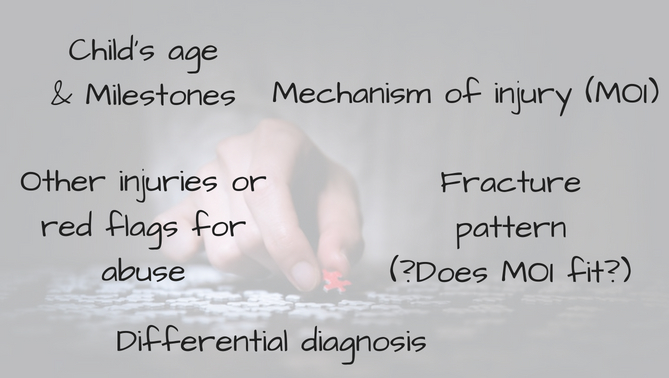 You also need to keep in mind that the younger the child, the higher the probability of the fracture being sustained secondary to NAI (up to 90% in one study in children <12months), and also need to exclude other risk factors for abuse (a checklist similar to the one below is present in most hospital clerking documents). 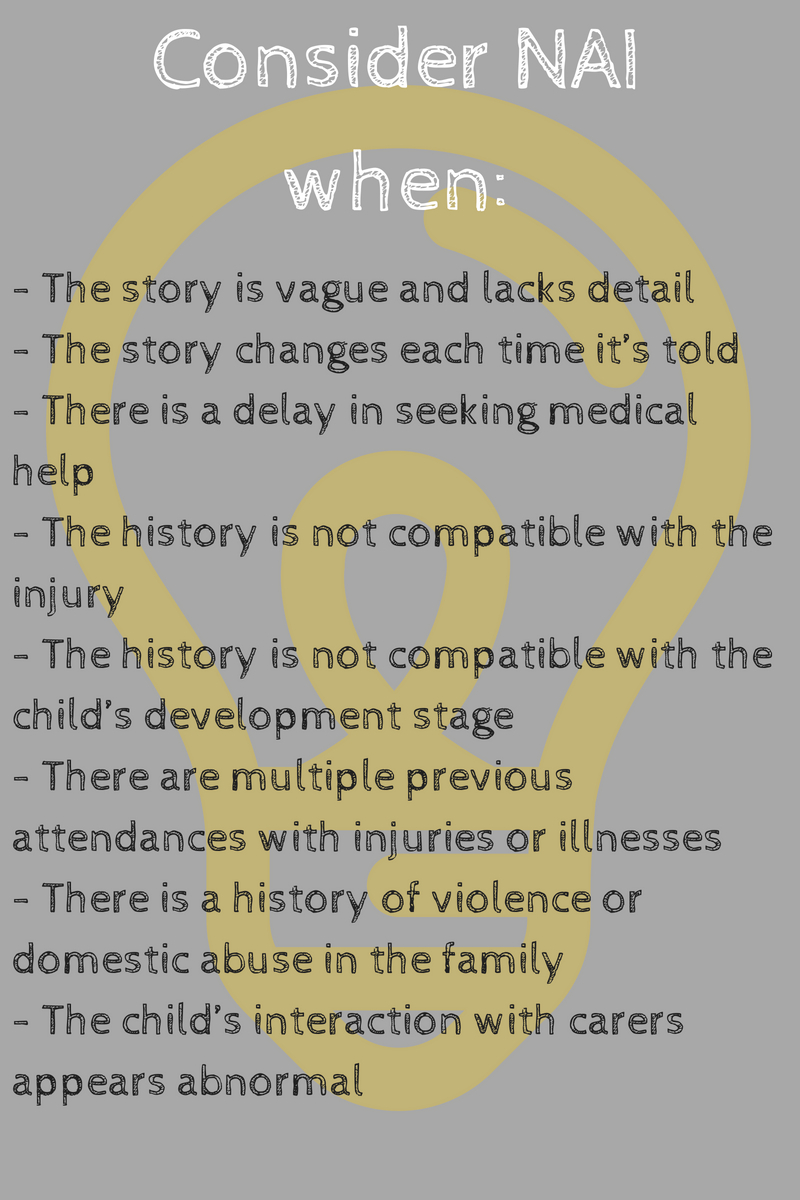 Particularly for fractures, the evidence is strongest for:

In the future, having further research inputted into creation of a Bayesian model to calculate the probability of the fracture being sustained secondary to abuse would be the way forward. For example, this could be used to create an app where clinicians input the risk factors (similar to chest pain models) and this calculates the probability for them.

However, in a multiple regression model, even a child with no risk factors (risk factors: age younger than 18 months, physical and/or radiologic evidence of prior trauma, and suspicious history) has a 4.2% chance of having sustained a femur fracture through NAI, which increases to 24% with one risk factor, 87.2% with two risk factors, and 92% with three risk factors.

So even with no risk factors, there is still a chance of the injury being sustained through NAI. If we really want to be risk-free problasticians that don’t miss even one child who has been abused, it is really up to the physician looking after them to decide whether to trigger safeguarding investigations.