It started as a normal nightshift full of the usual head injuries, drink and drugs. I’d gone to through to the eye room to remove a piece of metal from a cornea, when I heard the tannoy…. ‘Dr Bell to Resus…..IMMEDIATELY’.

During those few seconds, thoughts ran through my head. I was 1 of 2 senior registrars on that night, as was usual for my busy department. The other girl I was on with was excellent. Slightly less senior than me, but a good, solid, competent reg. If Frances was asking for me to go immediately, it must be something pretty bad. I went…. Immediately.

She had the ultrasound out. ‘I can’t really get a good picture Hannah, but I think she’s in labour.’

Those words sent dread and fear running through me. I like to think I’m pretty competent at most things, but delivering a baby was something I feared, like most other EM doctors. Maybe it’s the lack of exposure during medical school, as we fought to get into labour room with the long line of midwifery students. In fact, I had never delivered a baby- I’d watched at medical school from the back of the room, not entirely sure what was happening. Luckily I’d been on an Emergency Obstetric Course with Frances a month or so ago. So we breathed, and I said ‘We’ve got this’.

I’ll spare you the gory details, but everything went fine. Delivering that baby turned an awful nightshift into one of the best shifts of my career, and I don’t mind admitting, I shed a wee tear on the way home in the car.

So, if a concealed pregnancy in emergency labour comes into your ED, here’s what you need to do to deliver that baby like a pro…

There’s no point in getting in a flap. If you’re calm but decisive, that will keep both the team and the patient calm. After all, these things usually just happen by themselves. More than likely you’ll not need to actually DO anything.

Make sure she’s actually pregnant and in labour. Often, the patient will give you no history of pregnancy, they might not even know! Obesity can obscure the ‘baby bump’, often an anterior placenta can mean that very little foetal movements are felt, and denial can surprise you, especially with mental health or in teenage patients. The ultrasound can give you an idea-but in this case the head was in the pelvis, so we didn’t see much. Can you see a head? A late sign, granted, but if you see a head, you know things are imminent.

And an Obstetrician. And a Neonatologist. The major concern in a concealed pregnancy is that you don’t know what gestation you are dealing with, or if the baby is breech for example. As I said, mostly labour happens the right way naturally, but you want someone experienced there as soon as possible. 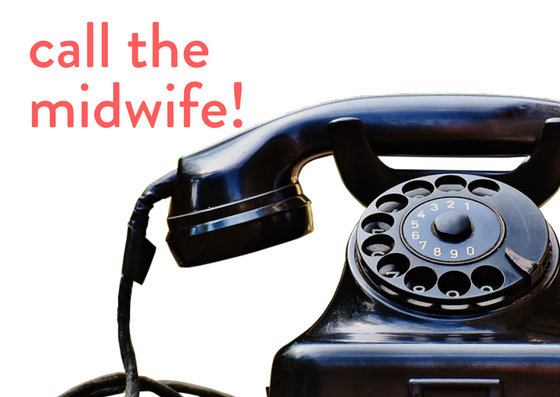 Split your team into 2. One team to deal with mum, and a second to deal with the baby. If this baby is preterm, you’re going to need that second team to know what they’re doing. Get out the Resuscitaire, turn on the heater, attach the oxygen and prepare equipment. For Mum, you really only need towels, and a cord clamp. A few incontinence pads under her bum not only helps to keep everything clean, but allows assessment of bleeding if there is any. You might need to wipe away a bit of stool during labour, so a maternity pad or sanitary towel is good to have to hand.

Mum is likely to be petrified. She’s possibly got no idea what’s happening to her. She thought she had appendicitis and suddenly you’ve told her she’s having a baby. She’s probably lying on a resus trolley semi-naked. Not the dignified water birth she had imagined. Courses teach us to have our patients on a chair, a ball, on all fours- whatever the patient needs or wants. In reality, we don’t know if this baby is 24 or 42 weeks, and whether it’s upside down or back to front. So she’s on a resus trolley- where we feel like we have control of the situation, and I think that’s fine, but a bit of reassurance that everything is going well and she’s doing a good job goes a long way. Allocate a nurse to hold her hand, help her breathe, mop her brow, and explain what’s happening. There is no necessity to keep checking obs- doing so might make us feel better but it is not required, and only makes the patient uncomfortable. Similarly, putting in a cannula might make us feel in control as doctors, but it will probably not be required.

Give Her Some Analgesia

Labour is sore, I’ve done it myself, so I verify this! There is no harm in some Entonox, every ED has some. If she’s pushing, it’s best to take it away, as it’s difficult to push and suck Entonox at the same time. She can have it back in between contractions.

Once you see the head, then it’s all go. Encourage pushing, until the head is out. The head should restitute (turn from facing back, to facing the side) naturally. Support it, but don’t pull. On the next contraction, guide the head downwards to allow delivery of the anterior shoulder, and then upwards to allow delivery of the posterior shoulder. This should be very gentle, there is absolutely no ‘pulling’ required, you are really just taking the weight and supporting. Baby should deliver itself quickly after this.

Usually all that is required is to catch baby, wipe any vernix away from the face, and wrap in a towel with a quick rub, before transferring them with cord attached onto Mum’s abdomen and chest for some skin to skin time. If they don’t pink up and cry immediately, wipe any vernix away from the face and continue to stimulate by rubbing with a towel. If the baby remains blue, floppy and unresponsive, you need to clamp and cut the cord and take the baby to the Resuscitaire.

To clamp a cord– put 2 clamps in the middle of the cord and cut between them. This allows enough length for insertion of umbilical lines later if the Neonatology team require to do this.

If you have a labour ward on site, most Obstetric teams will be happy for you to leave the placenta in-situ for them to deliver later, either in the ED or after transfer to labour ward. If you’re not lucky enough to have Obstetrics on site, then you’ll need to deliver the placenta yourself. Firstly administer 500mcg/1ml Syntometrine IM, as soon as possible after labour. During the first strong contraction, you may notice a small rush of blood and a lengthening of the cord as the placenta separates from the uterus. At this point a little controlled traction on the cord will deliver the placenta. Be very careful not to pull too hard, as this can cause uterine inversion. 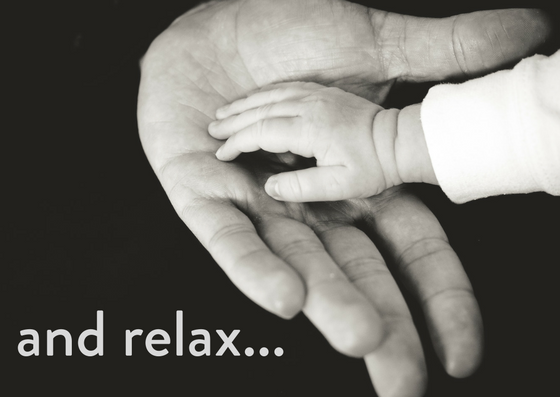 Pat Your Team On The Back

You did a good job, and you’ll likely be a bit emotional, it is quite something!

Coming soon to RCEM Learning….what to do if things don’t go entirely to plan….

If you are in Scotland: http://www.scottishmaternity.org/scottie.htm