(thanks for Dr Fraser Denny for the use of his slides “What is in a Green Rolex?”, and to Dr Richard Stevenson for his algorithm published freely online)

2. What is the scope of the problem in the UK?

3. How do these patients present?

Mnemonic for the Hunter criteria for Serotonin Syndrome (some of them are a bit iffy!) 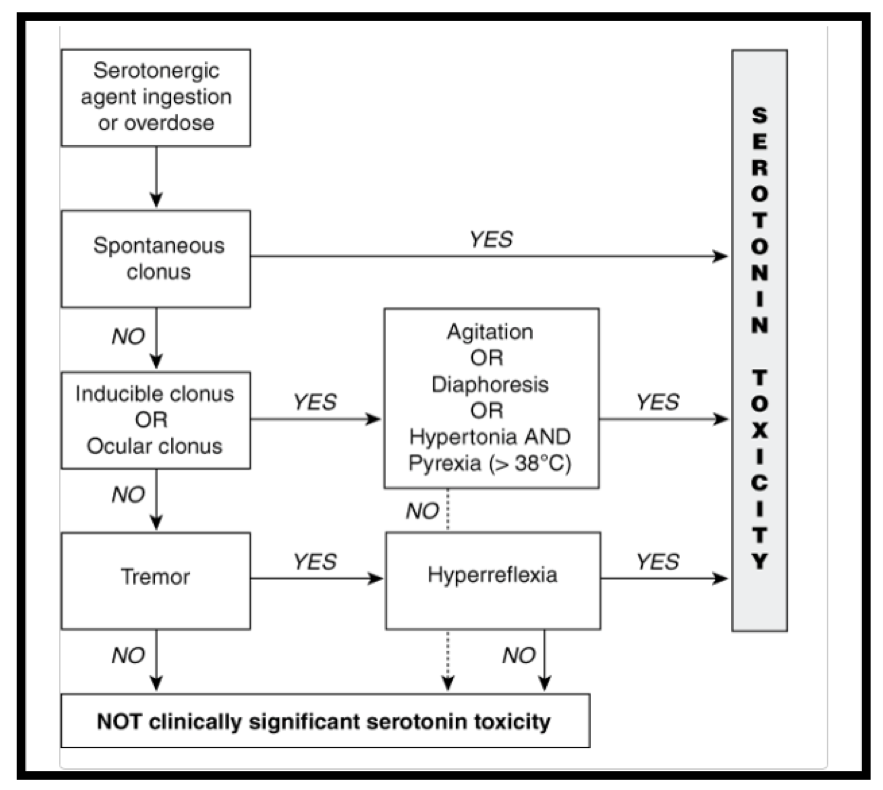 Flow diagram based on the Hunter Serotonin Toxicity Criteria 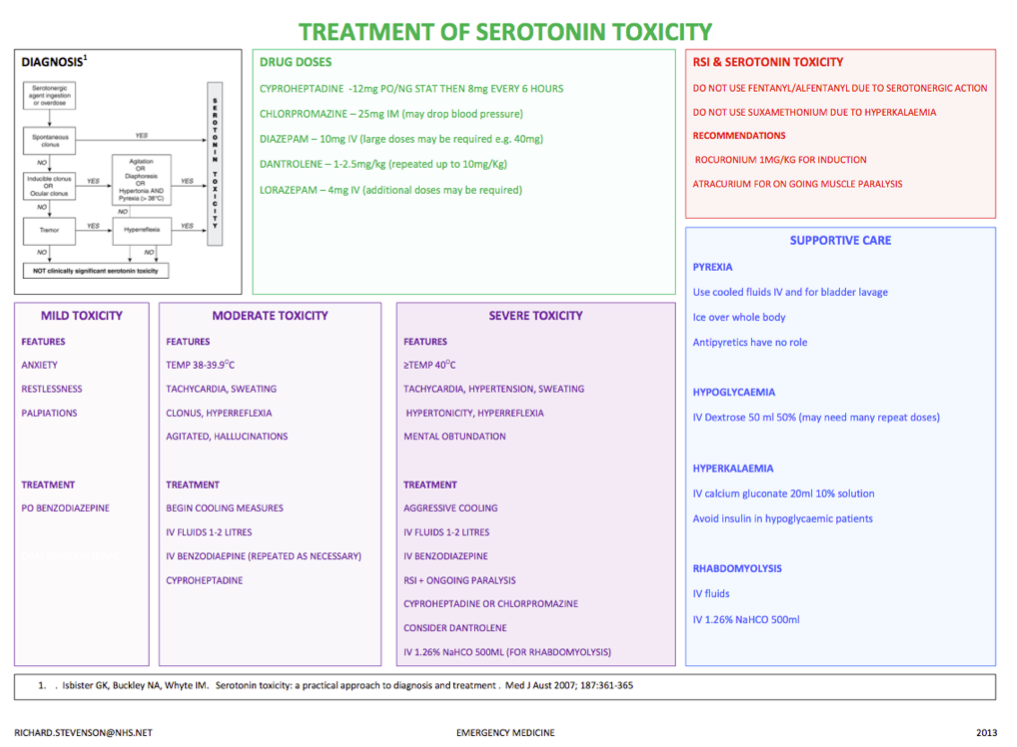 Ecstasy in the Media

Songs: “XTC” by Boys Noize, “Ebeneezer Goode” by The Shamen, “Sorted for E’s and Whizz” by Pulp, “La La Land” by Green Velvet, “One Night in New York City” by The Horrorist, “Tainted Love” by Soft Cell, “All Gold Everything” by Trinidad James, “Take Ecstasy With Me” by The Magnetic Fields, “Molly” by Tyga, “Mercy” by Kanye West, “The Asphalt World” by Suede.