The idea of normalisation of deviance is the brainchild of an American sociologist, Diane Vaughan, who thought that essentially people become used to accepting deviant behaviour as normal practice, the more it occurs. 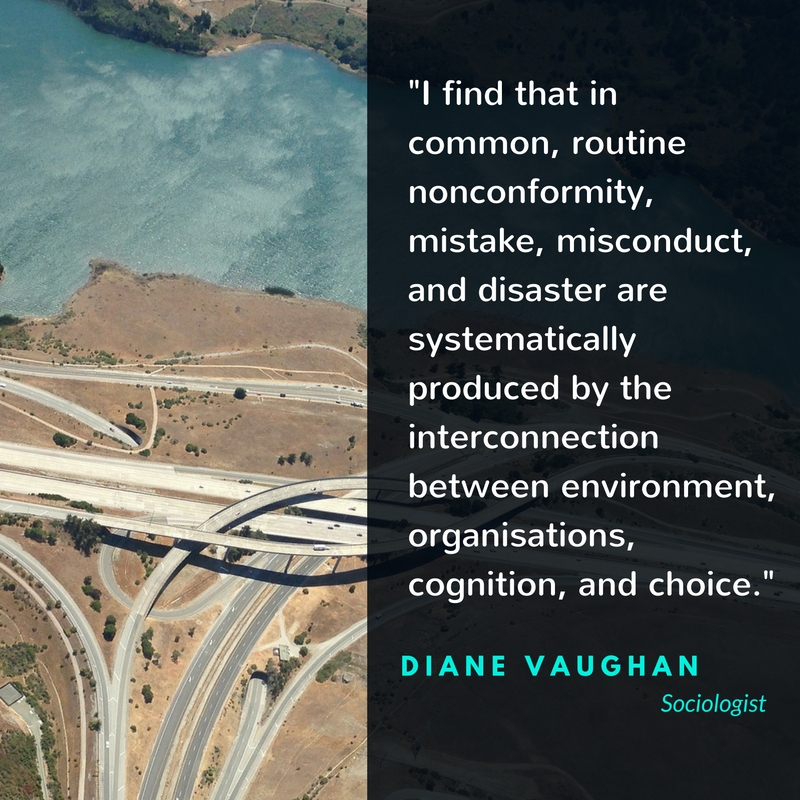 I have lately been thinking about how this relates to medical practice, in particular my specialty, emergency medicine. The idea came from a colleague of mine, @wgbrook when he mentioned that we can deviate from our normal practice with the justification that it is within the limits of acceptable risk. If this continues to occur, those within the organisation will consider their new behaviour as standard practice. However to people outside of the organisation, this behaviour is abnormal.

For example, when I was a consultant in a large MTC (Major Trauma Centre), I remember on occasions being in resus with several intubated patients and it felt like I was one of those street performers who would spin multiple plates on sticks, running to different sticks to keep the plates spinning. I vividly remember a resus nurse asking me when a patient was on their way to ICU, Neel how much noradrenaline do you want for him?. My answer: Oh god, I forgot he was on it!. With everything that was happening around me, I had subconsciously forgotten how sick that patient was. Now if I had two, instead of eight, patients in resus it would have been easier to keep a closer eye on them. Had being overwhelmed with tasks become “the norm” for me?

The ED was not designed to have that many patients in the department. But as this happens we start to, very slightly, deviate from SOPs (Standard Operating Procedures) and departmental guidelines to try and manage the ED as safely as we can given the overcrowding. No adverse events occur.

Perhaps it starts with justifying to yourself not to review a patient that you would normally review because after all its in the limits of acceptable risk right?. You perceive your decision to be more justified when no harm comes to them. Other collegues will follow suit and a new normal way of working and managing the ED has been created.

Time will go on and more collegues will deviate from normal practice until something does go wrong. Ive heard about one hospital that put Corridor 1, Corridor 2 etc on their ED computer system as they were frequently using the corridors to place patients on trollies when the majors area was full. The practice of putting patients in corridors would then be perceived as being normal and justified.

Forget about how consultants can be affected by this. Think of how it can happen in your own line of work. Examples I can think of include:

1) Sending the patient home because the CT report or blood results are taking too long to come back and forgetting to check them.

3) Not documenting blood results in the notes.

There are many more examples in healthcare where deviation from normal practice will not usually cause harm. Why do we do it then? A number of reasons probably, including:

What are the answers? If I’m honest, I don’t know. Perhaps educating people so that they are aware of departmental protocols and guidelines, or making whistleblowing easier, or  having a top down approach might be the answer.

When it comes to deviations from SOPs, industries are sometimes a step ahead and the likes of Six Sigma would have one person employed to analyse these deviations in an organisation and bring them back in order. When talking about operating procedures that are not standardised, deviations which do not cause harm to patients may reap benefits by, for example, being a more efficient way about doing things, but this can be risky, especially because if we are doing things as seniors on the shop floor, we should be leading by example and therefore other colleagues may consider our actions the norm and replicate them in perhaps less suitable circumstances.

I don’t have all the answers. We are entering a time where there is ever increasing pressures on those working in the NHS, especially “at the coal face” in acute specialities like ED, ICU and Acute Medicine. The temptation to break rules is ever present. Is it right to have a black and white approach of saying “all deviations from normal practice are bad?”.  On the other hand should we be saying that “without carefully well thought out deviations from our standard way of working, change in practice for the patient’s benefit would not occur as readily.” I would love to hear your thoughts, in the meantime, I will leave you with this quote: 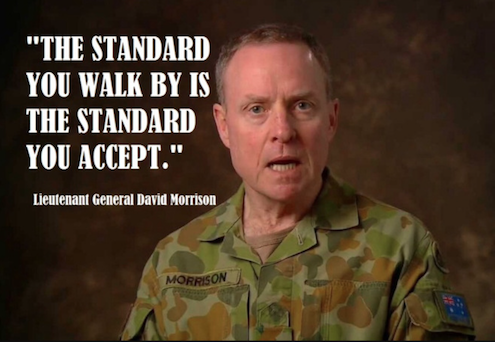 PREVIOUSOctober 2016 New in EM
BACK TO POST
NEXTSIGN ACS Guideline