I want to talk about Lisfranc fractures. I recently missed one and found out it is misdiagnosed 1 in 5 times! So thought it would be a good topic to talk about.

So what is a Lisfranc fracture?

Well, it is a fracture involving any of the articular structures involved in the tarso-metatarsal complex, i.e. the metatarsals, the tarso-metatarsal joint, the cuboid, navicular and cuneiform bones. The problem with a fracture in this area is that it affects the stability of the base of the second metatarsal which is the key bone in maintaining the arch of the foot. If that base is not stable the foot arch collapses and the foot becomes flat. Also the Lisfranc ligament, attached to the lateral aspect of the medial cuneiform and the base of the second metatarsal, is damaged in this injury and disrupts the transition of force between forefoot and midfoot which is crucial for a normal gait pattern. This means, although Lisfranc fractures are rare, it’s really important to identify them and get orthopaedic input early. 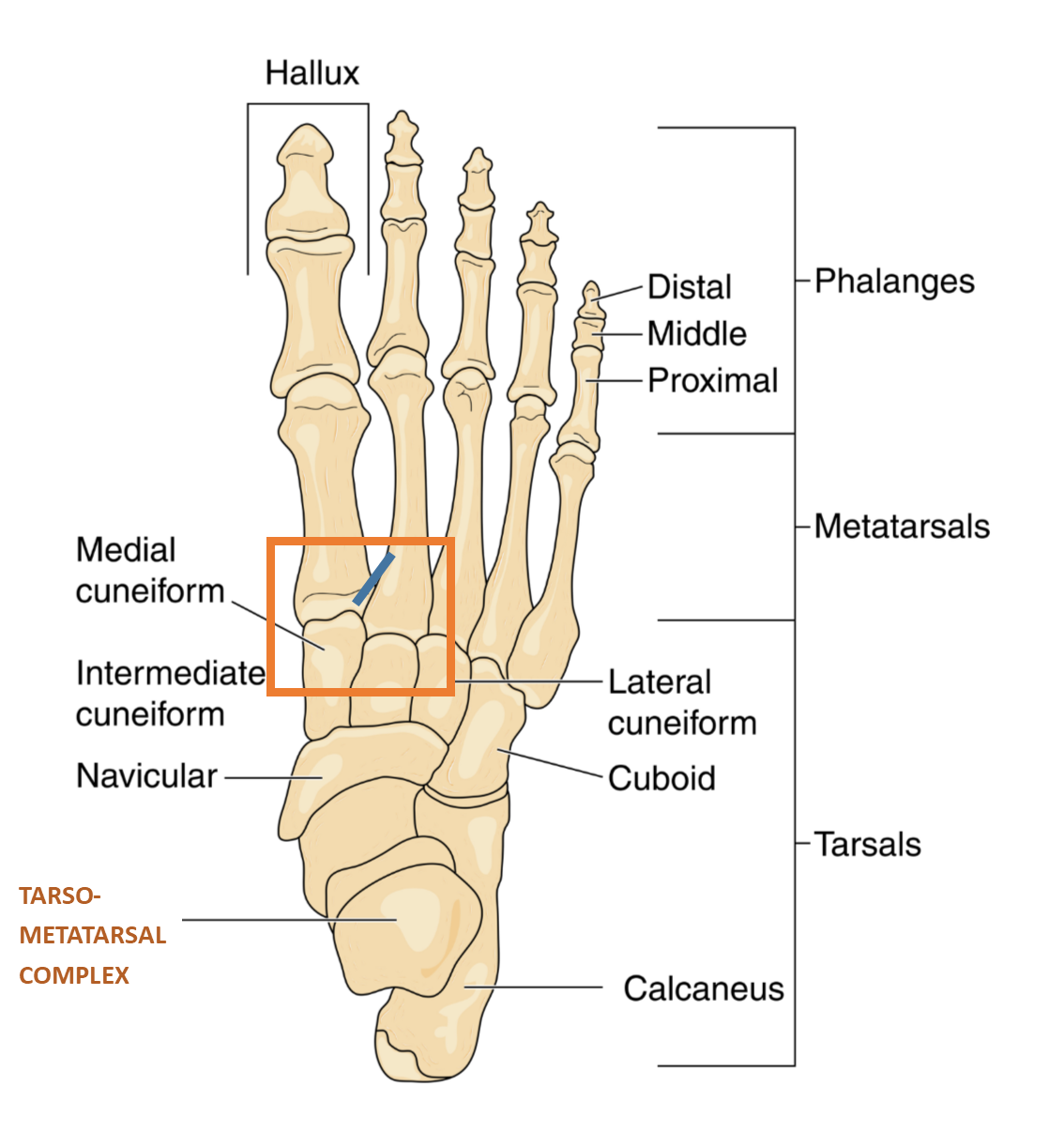 What mechanism predisposes to this injury?

Common mechanisms are direct, high velocity blunt trauma to the dorsum of the foot, or crush injuries. However, (and this is the one I wasn’t aware of) the injury can be sustained from indirect injuries where the foot is hyper-plantarflexed while subjected to axial loading (often football injuries when a player lands on another player’s heel while in mid stride).

What clinical features should make you think of Lisfranc? 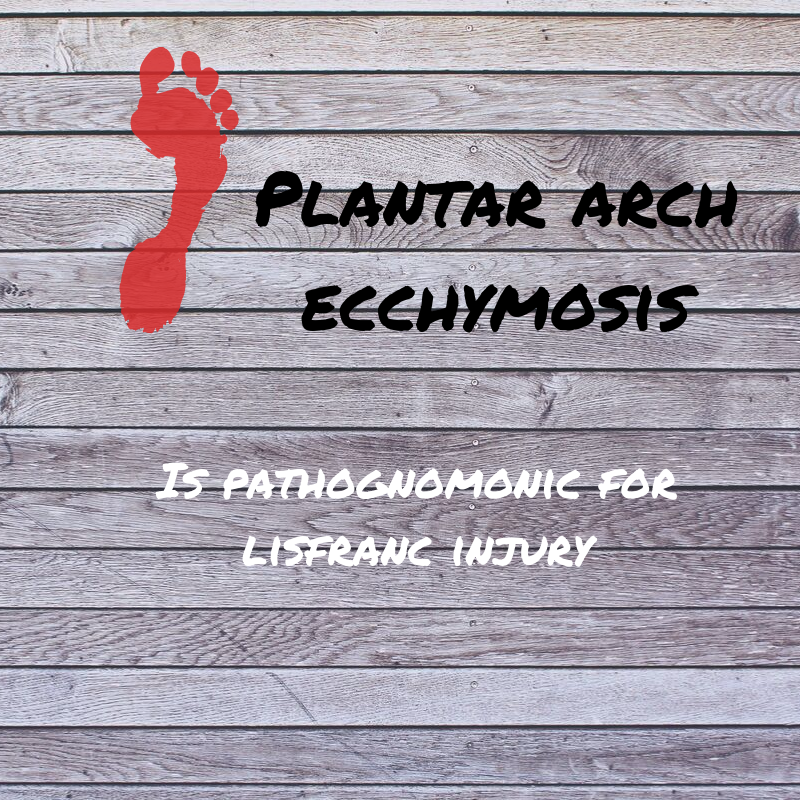 What x-ray features make you want to do a CT to confirm a Lisfranc fracture?

These checks should help you identify a Lisfranc fracture on plain radiographs:
1. Check bone alignment:
2. Check bone outline:
Especially check the medial cuneiform and base of second metatarsal, if a fracture is identified here a strong suspicion of Lisfranc fracture should be had and you should consider further imaging. 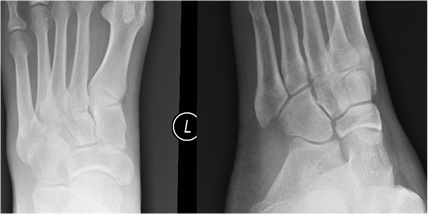 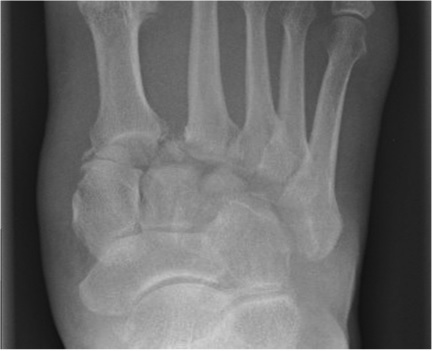 In summary, LisFranc fractures are commonly missed. There are key things to look out for in the history, examination and x-ray that will help you diagnose it. If suspicious of the injury, CT is the gold standard for diagnosis and get the orthopaedic team involved.