RCEM ’15 in Manchester has been a sell out! For those of you that weren’t lucky enough to be here, here’s what’s been going on on Day 3!

Simon started by presenting a case: someone comes into the ED, gets discharged and returns the next day in cardiac arrest. “Remember that patient you saw last night” – some of the worst words you can hear in medicine.

Simon explained that there was a second victim here – the medical professional who made the error.

The fall out from these errors can go on for years – and not just the governance consequences of coroners and even the GMC – these things can come back to us as flashbacks. 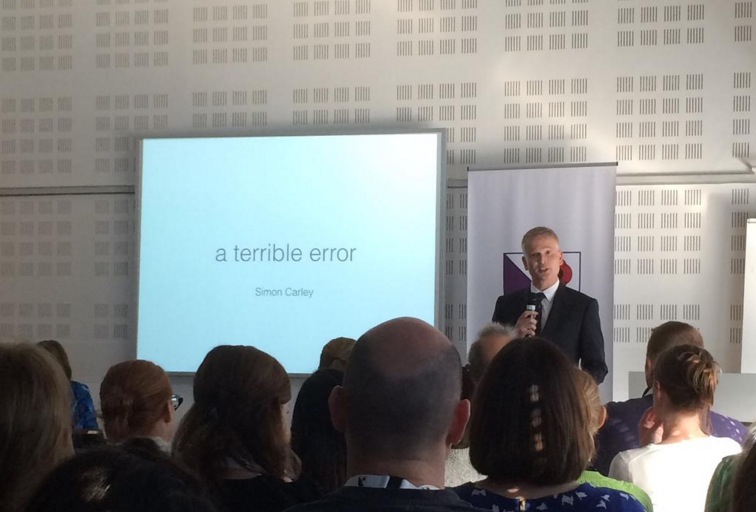 How do we cope? There’s lots of popular methods out there: 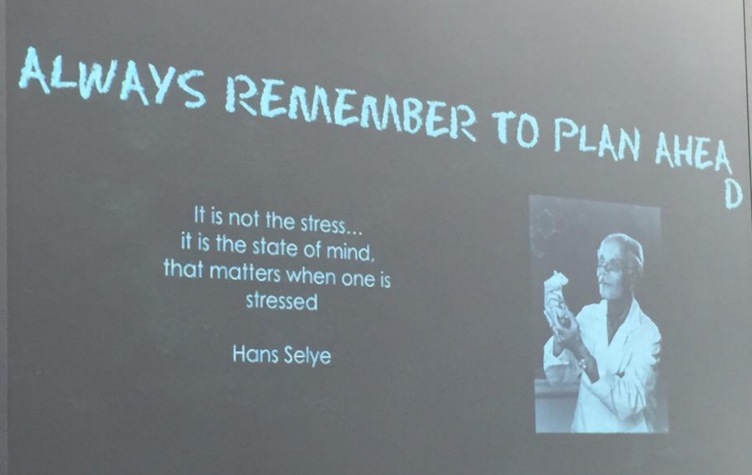 Without support of your colleagues and a supportive system we end up creating a terrifying and torturing narrative in our heads about what happened and the possible consequences.

Staying on top of your game

In EM we’re already a fairly resilient bunch. We have to be. Lots of us have what we call a “wobble”, but actually is in fact a major depressive episode. We really struggle to talk about this as individuals and as departments when someone has been off on long term stress leave.

The college has done some recent great work on this.

Suzanne had some great suggestions, with the usual basics of rest,, nutrition and micturition but also some others: 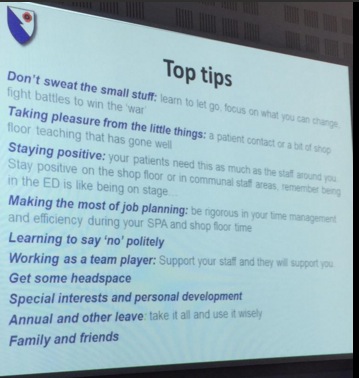 It’s also really important to be able to say no!

Resilience and satisfaction in the ED: Finding the gold

Highlights that these sessions are getting more and more popular at every conference.

Taj had a whole bunch of recommendations which we managed to narrow down:

Remember that “Culture eats strategy for breakfast.” The culture in your ED is so important. Taj was bubbling over with positivity and communicated it brilliantly.

This morning RCEM15 had a reasonably well-packed presentation on FOAMed, where people who were plugged-in or wanted to plug-in after Scott Weingart’s (@emcrit) inspiring talks about being an excellent physician with a “thirst for learning”, were given ideas about how to go about it.

The first presenter was pretty disappointing of course (you wouldn’t expect much from our very own Simon Laing) (@laing_simon).

If you’re not that savvy with British humor, I (Nikki Abela) do apologise, but you should notice by now that when I say it was excellent, there is likely an element of bias (but really, bias aside, it was super).

Talking about bias though, you probably are already a FOAMed fan if you’re reading this, but I do suggest you have a listen to Simon on this podcast so that you can nod away and feel better about yourself for keeping up with the current trend in medical learning. (fashionistas have nothing on us)

Talking about trends though, Natalie May (@N_May) followed and asked if this FOAMed stuff is “just a fad”? While you have a think about that, I do suggest you go on the St.Emlyn’s website to have a read and listen to the tips she gave on keeping up to date with the tons of medical literature/education there is out there. (Yes, she’s very trendy, and had her presentation go live as soon as she finished the talk).

Salim Rezaie (@srrezaie), one of the top international academic FOAMers, told us how FOAMed helped his academic career take off.

According to him, academic FOAMed should meet 5 criteria:

I’m not going to tell you how he applied this to kick-start his now international career, however,I will share with you the following advice he gave us as a parting thought:

“You will get there whether you’re on FOAM or not, but technology will get you there faster”.

Jonathan started off by asking us to challenge and question bit of our practice that are established in our practice.
He spoke about the difficulty in dealing with the subtleties of minor head injury compared to the easy evident major head injury and specifically challenged how useful GCS was and maybe it was more useful as a trend rather than a one off number.
Jonathan spoke about the practice of performing pupillary reflexes on the conscious patient and spoke about it’s use to screen for penetrating eye injuries but that in a patient alert and orientated that it wouldn’t be picking up anyone with a with a 3rd nerve palsy due to herniation, you would have noticed other more obvious clinical signs before getting to the pupils!

Among the other pearls he suggested: 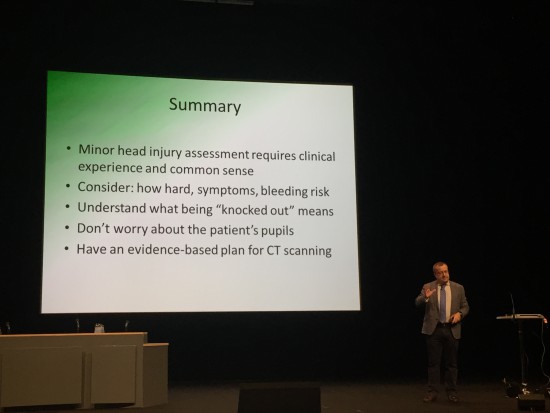 Ross delivered an excellent talk on paediatric trauma with an emphasis on the fact that major trauma in children is rare and even the paediatric specialists will see this rarely. But when we do see severely injured children then a sound and thorough clinical examination is key. Make sure you check out his blog site P3.

Ross referred to the knee jerk reaction for clinicians to scan children due to fear and suggested we look at the PECARN rules on paediatric trauma and also mentioned the complete futility of FAST scanning children in trauma as it is no more use than flipping a coin!
There was a spooky mention of the numbers 37 and 73, and how they fit into paediatric trauma. No blog can do his excellent presentation any justice (that guy has skills!He even has a website on the topic), but the basic take home message is that we need to fit our head around thinking abut paediatric trauma differently.

Look for it immediately (if you can’t find it, do a CXR to make sure the tooth hasn’t been inhaled) and aim to re-implant it asap (except baby teeth, neglected mouths, gum disease):
Hold the tooth by the crown only (holding it by the root may damage it), then hold it in place by biting on cotton wool/tissue.
Wash it with saliva or plain water
If it can’t be implanted immediately, place the tooth in milk
Cover with doxycycline (pen V or amoxicillin if <12)
Once it is in the socket, refer the patient to maxfax/on-call dentist where the tooth will be temporarily splinted before they can be discharged
In short:
“Pick it, lick it, stick it.”

Head injury is obviously a common presentation to the ED. With an increasing use of anticoagulants, when these patients present with a GCS of 15 what is the risk of bleeding, who should be scanned and who should be observed??

Su presented the main findings of the study, for which the abstract can be found here 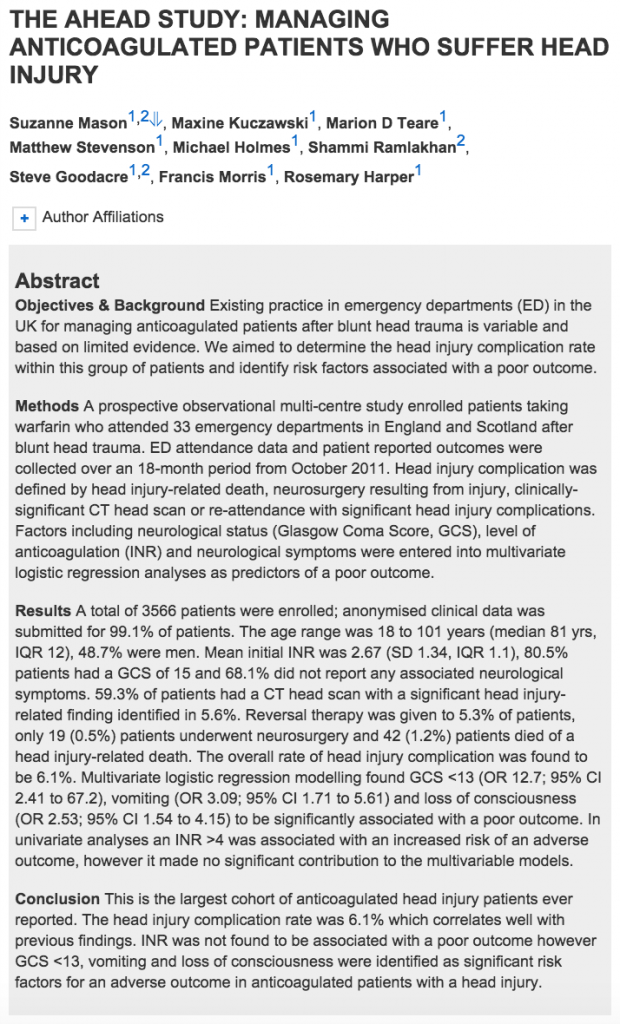 Prof. Simon Carley (@EMManchester) gave a talk on making good judgements.  Taking a reflective look on how we think and perform in the emergency department.  He pointed out that bad decisions don’t always lead to bad outcomes – but this is called luck.  He had some suggestions to how we can improve ourselves in the ED environment: 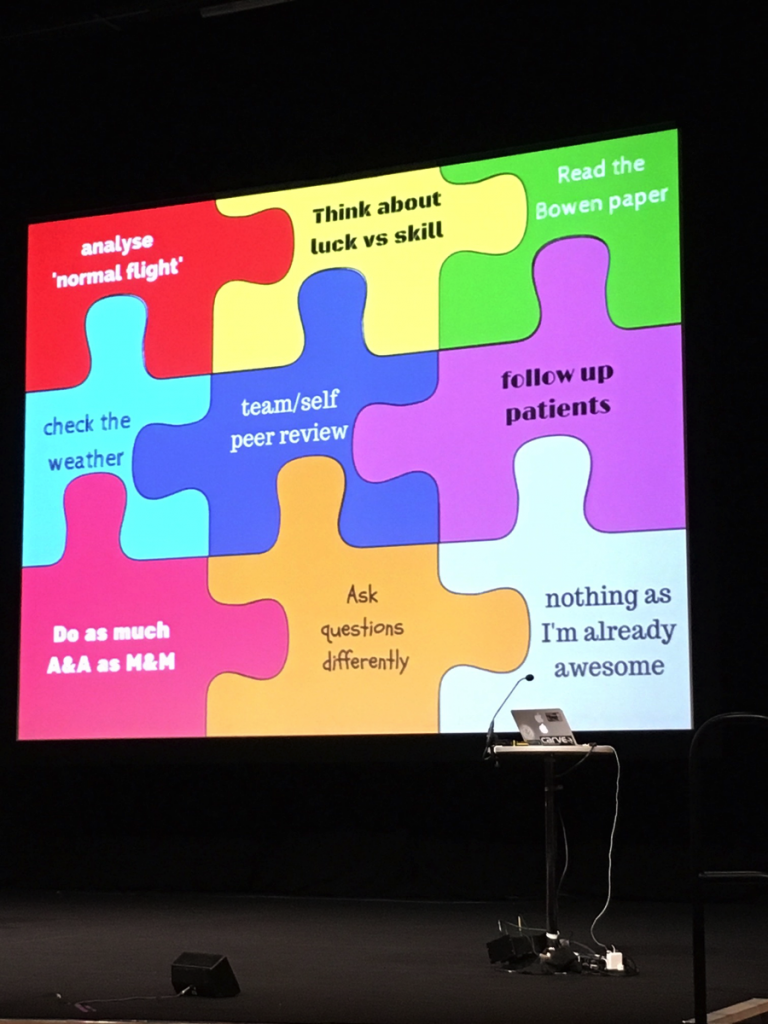 The Essence of Emergency Medicine

Salim Rezaie (@srrezaie) then gave us a bit of a ‘pat on the back’ during his talk on the essence of Emergency Medicine – or as he renamed it ‘The Modern Day Superhero’ with our super powers of mastery of the undifferentiated patient, our ability to risk stratify (or as Simon Carley called it, being ‘probablasticians’), to see anyone, anytime, anywhere, and to do it all with compassion and superior communication skills. However, with great power comes great responsibility and we need to continue to train ourselves, be adaptable, and make ourselves a Jack of all trades, and a master of them all. 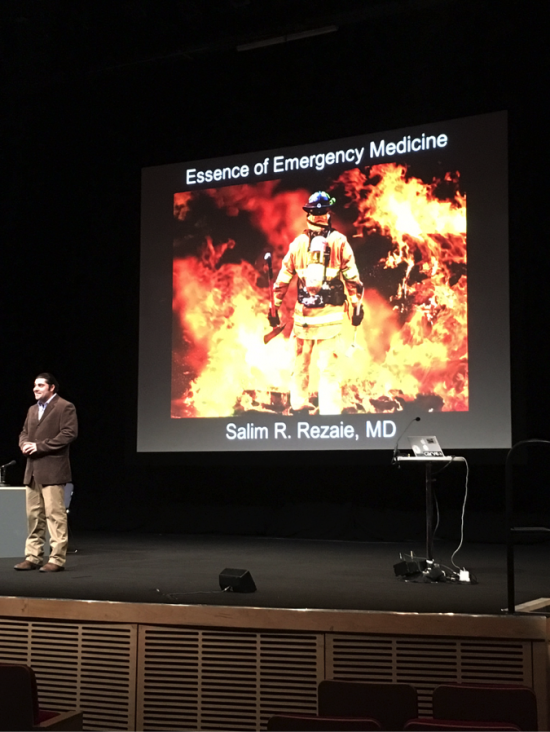 In short, what we do matters, we rock, keep up the good work.