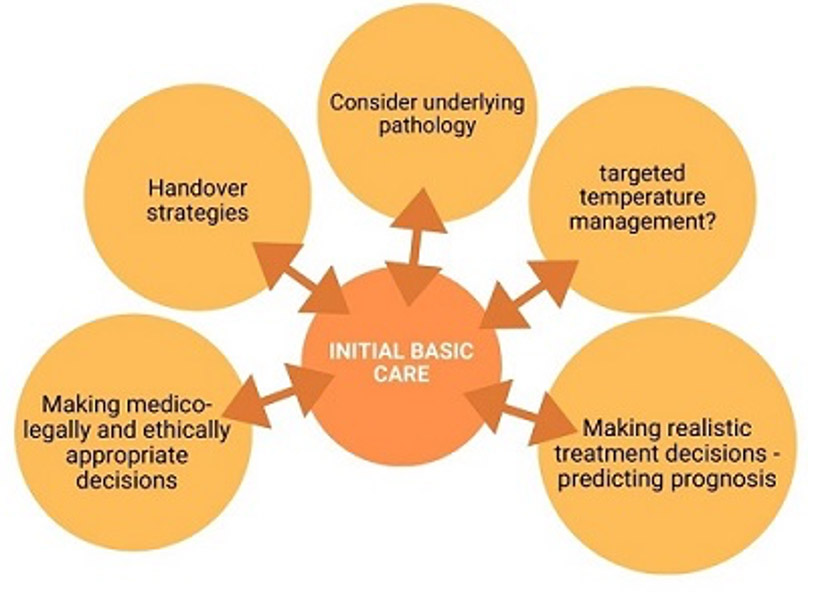 The short-term mortality of patients who survive cardiac arrest is high. The largest US study of all-cause cardiac arrests who had return of spontaneous circulation (ROSC) found an in-hospital mortality rate of 67% [1].

Emergency physicians must be confident managing patients who gain ROSC post arrest to maximise the chance of meaningful recovery.

This session focusses on six key areas for the emergency physician to consider in their initial management of the post-arrest patient.

Recent studies have shown that up to 40-50% of comatose patients admitted to intensive care following cardiac arrest survive to be discharged from hospital depending on the cause of the arrest, system and quality of care. Of those that were discharged, the vast majority had a good neurological outcome although there may have been some subtle cognitive impairment. 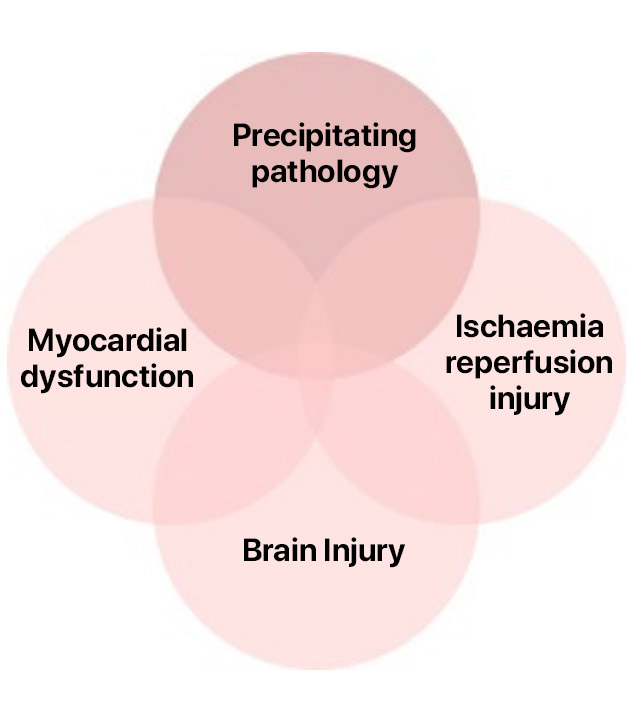 Despite improvements in resuscitative practice and critical care medicine the short term mortality of patients with ROSC has not improved since the first large study was published in 1953.

This describes the complex pathophysiological processes that occur following whole body ischaemia during cardiac arrest and the subsequent reperfusion response during CPR and following successful resuscitation.

Management must follow an ABCDE approach with assessment and treatment occurring simultaneously.

The response to any intervention must be rapidly and frequently measured, preferably with invasive monitoring. 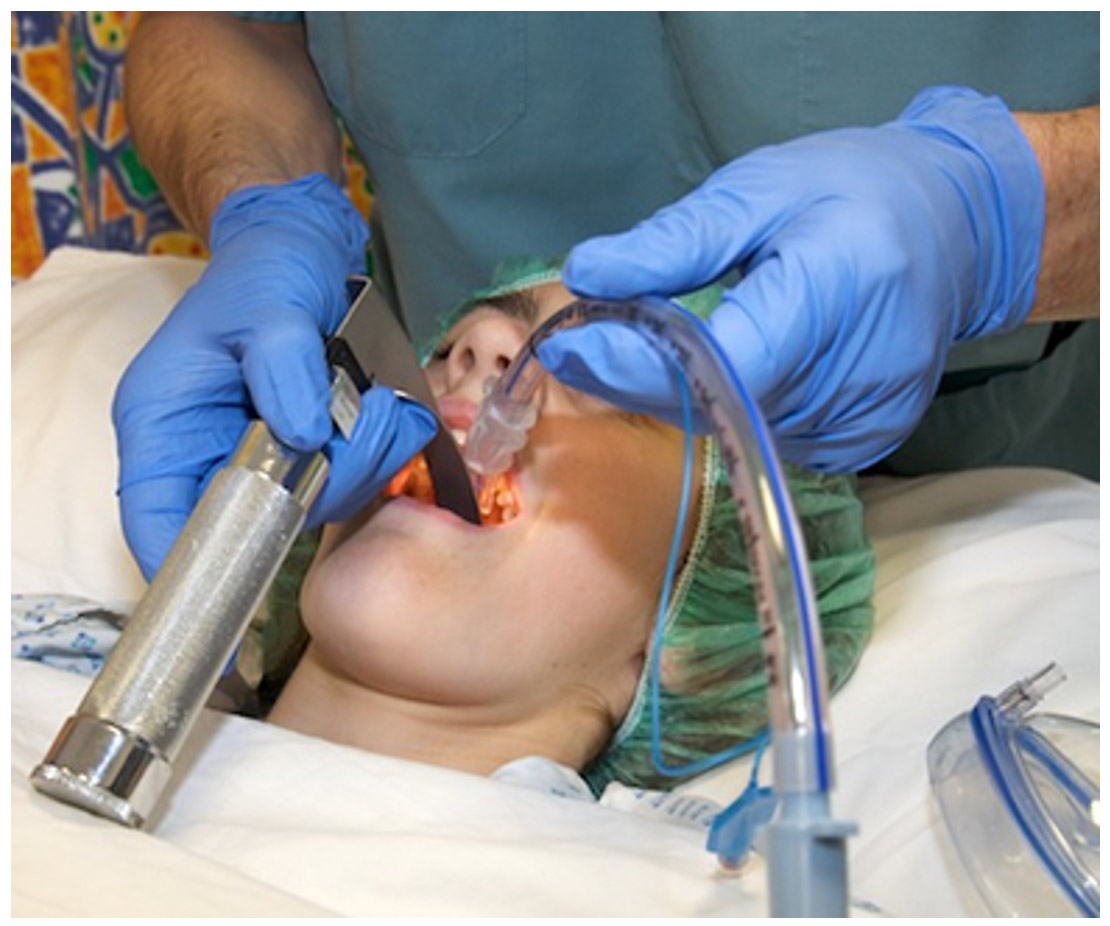 In the absence of concerns regarding an unstable c-spine injury, a pillow placed under the head and the patient positioned with neck flexed and head extended provides optimal conditions for intubation If an airway cannot be maintained by simple measures or is immediately threatened, for example by vomiting or pulmonary oedema, prompt intubation is indicated. If a patent airway can be maintained, the urgency of intubation depends on the patients ventilatory status. If the post-arrest patient is not waking 5-10 minutes after ROSC, intubation should be planned [3]. (The image shows intubation with a pillow under the patient’s head to give a better view of the cords).

Standard resuscitation room monitoring should be in place early. These include the following:

The ETCO2 is a guide to the trend of arterial partial pressure of CO2 (PaCO2), while not being the same numerically due to V/Q mismatches. The aim is normocarbia as hypo or hypercapnia has been linked to increased mortality[6,20].

While hypoxia is well known to cause increased mortality, there is increasing evidence that prolonged periods of hyperoxia is also harmful, and independently associated with decreased survival to hospital discharge. The aim for post ROSC oxygen saturations is 94-98% [21,22].

BEWARE of the risk of precipitating vomiting if ventilating without a definitive airway.

The target mean arterial pressure (MAP) should take into account the following:

The International Liason Committee on Resuscitation make a broad recommendation of aiming for a MAP between 65 and 100 [3].

Judicious fluid challenges of 125-500ml should be given to optimise pre-load and perfusion with early consideration of inotropic support. 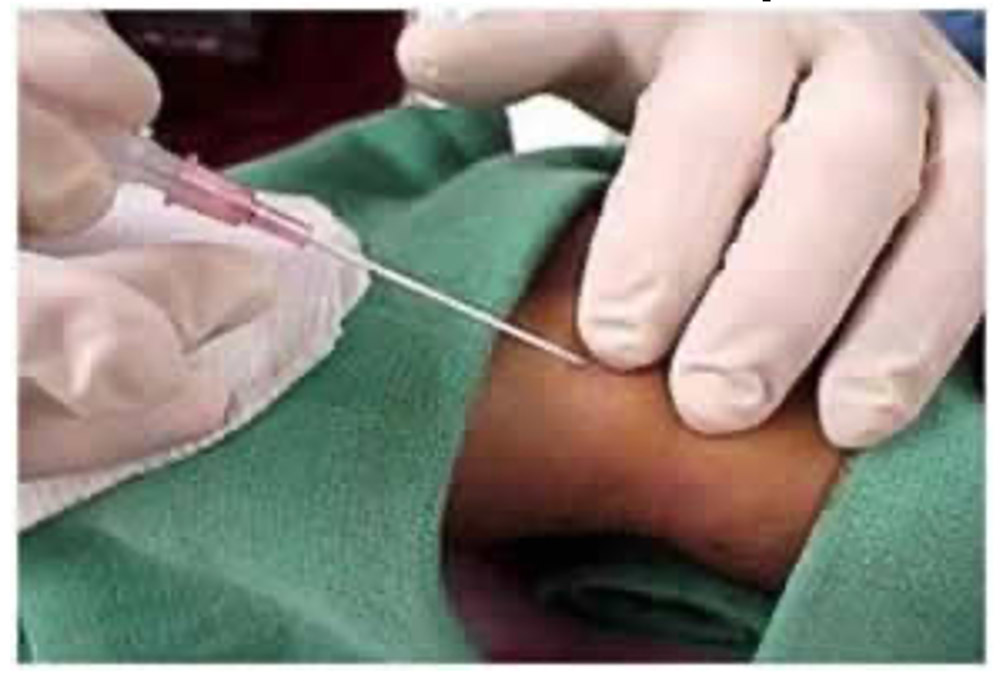 A swing in the waveform with respiration can suggest under-filling. Invasive cardiac output monitoring can be established via an arterial line (e.g. LiDCO), usually once on the intensive care unit. 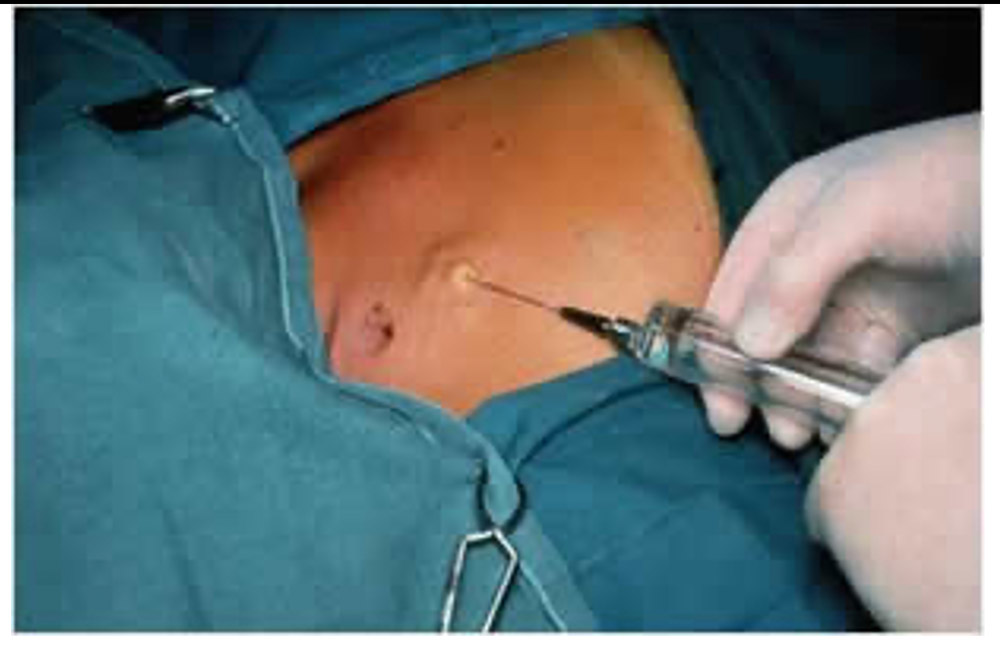 This is often obtained early, as it gives central and reliable access for the continuous infusion of drugs. Central venous pressure (CVP) readings can be taken pre and post-fluid challenges to add to clinical interpretation of fluid status in the patient.

Most patients post ROSC should have a central line and arterial line sited if they are felt to be suitable for ongoing resuscitation/intensive supportive care. 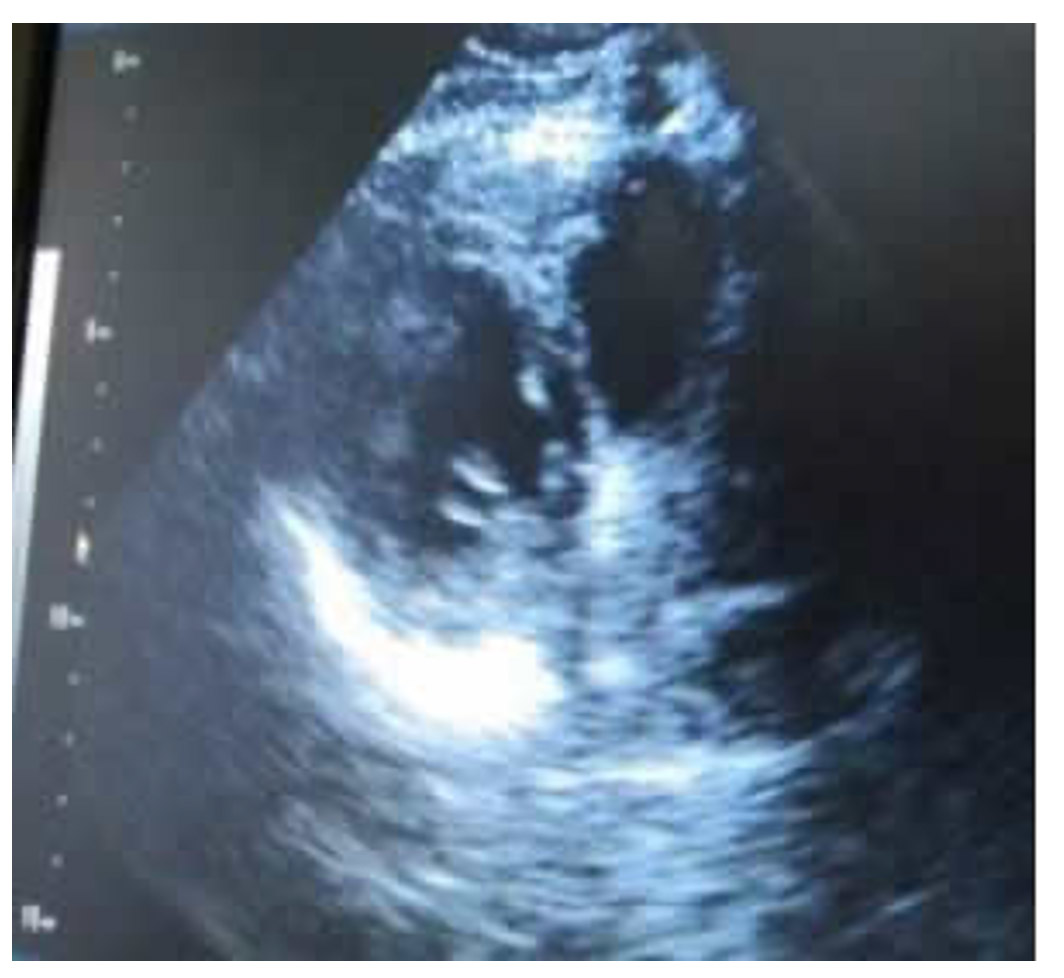 This gives a visual guide to the filling status and the cardiac index of the patient, allowing as ejection fraction estimation to be made. It may also be used to assist in establishing the aetiology of the cardiac arrest: the existence of regional wall abnormalities (in combination with ECG changes) may point towards a primarily cardiac cause, whereas a dilated right ventricle may suggest PE as the underlying cause.

It can be useful early in the management of a patient with ROSC, both diagnostically and by guiding fluid and inotrope/pressor therapy.

However, a suitably skilled clinician must be available to perform and interpret sonographic images. 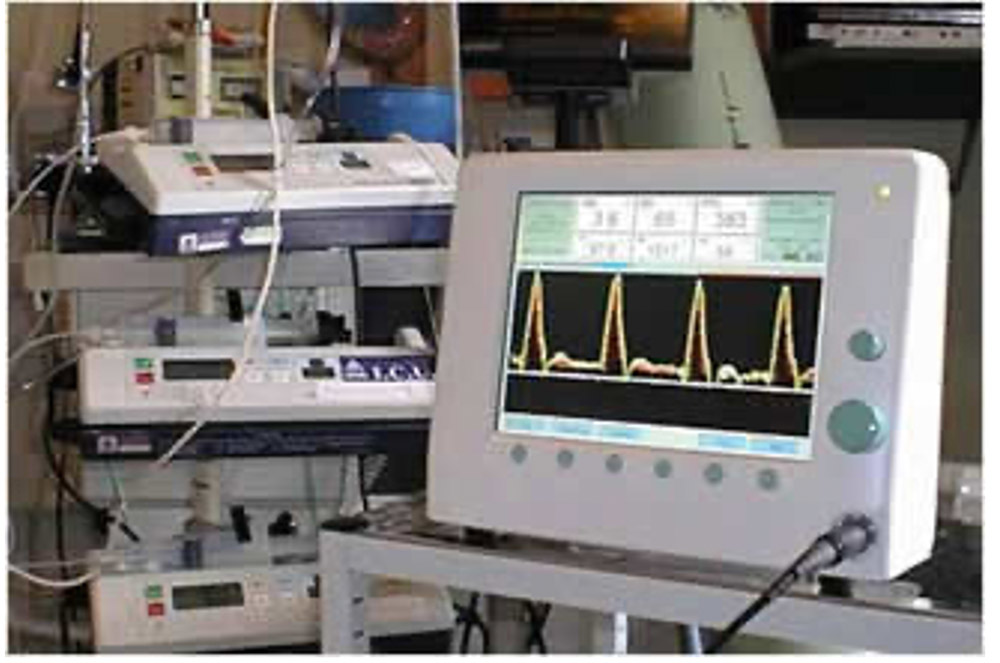 Although there is no patient-orientated evidence supporting its use in the emergency department, Non-invasive cardiac output monitoring can be rapidly and easily instigated (e.g. via oesophageal or suprasternal Doppler) and adds further data aiding circulatory assessment and management.

Inotropes and vasopressors are often needed to maintain blood pressure and cardiac output. Choice of inotropic support is beyond the remit of this session, but depends upon the underlying pathology.

Record the Glasgow coma scale (GCS) prior to administering any sedation it has implications for prognostication.

If the patient is making inadequate respiratory effort or fighting the ventilator then deepening of sedation and/or administration of neuromuscular blockade (e.g. atracurium) is required to optimise ventilation.

Seizures occur in 12-20% of post cardiac arrest patients and can cause a three-fold increase in brain metabolism. Prophylactic administration of benzodiazepines or anti-seizure medication (e.g. phenytoin) is not required but any seizures should be aggressively treated[23].

Short-acting sedating agents are preferred (e.g. propofol) as neurological assessment can be made sooner after a sedation hold [5].

Caution with sedation, most agents can worsen cardiovascular instability.

Tight glycaemic control is not recommended, not least because the comatose patient is at risk of undiagnosed hypoglycaemia [10].

However, hyperglycaemia has been correlated with increasing risk of poor neurological outcome [11].

As the immediate ABCDE priorities are being attended to, consider the five further issues highlighted in the introduction to this session.

What key questions should be considered following a cardiac arrest? 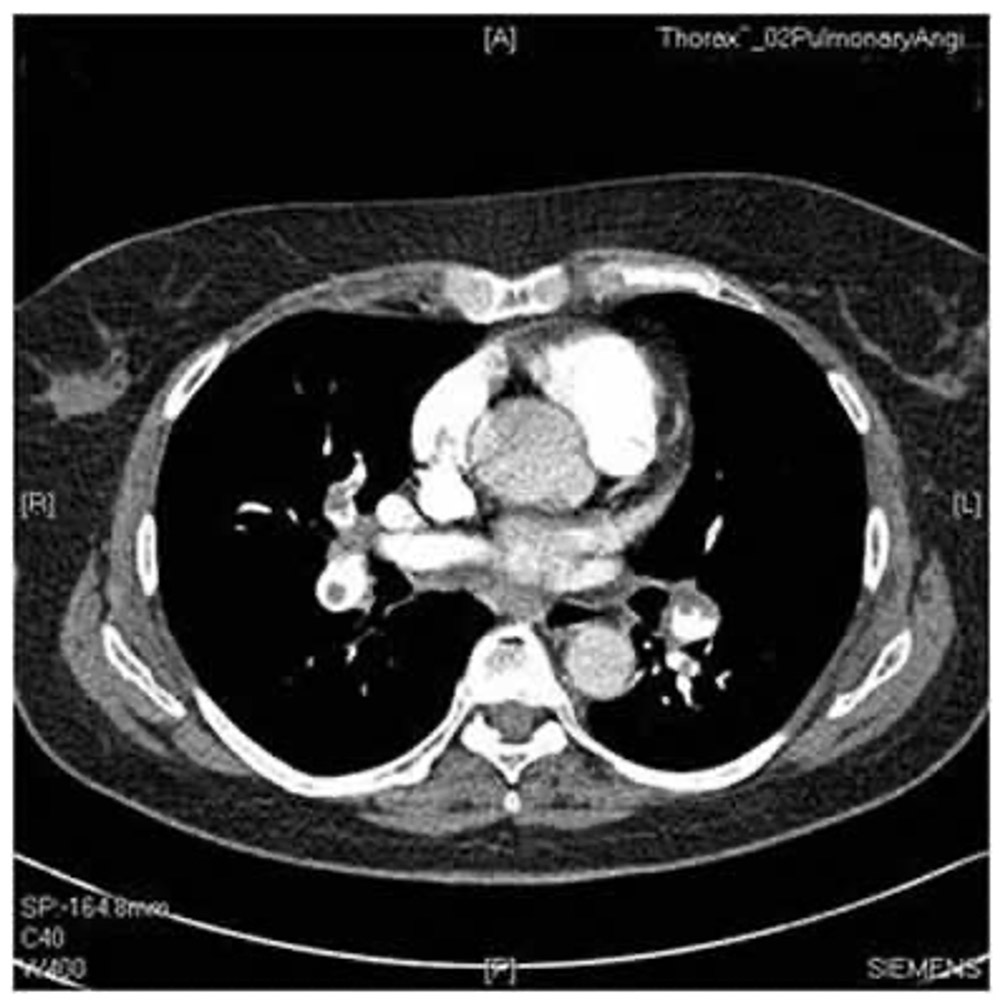 It will be necessary to consider the type of arrest, and any pre-hospital clinical context or history that can be obtained.

Percutaneous coronary intervention (PCI) should be considered in all post-arrest patients in whom an acute myocardial infarction (AMI) is strongly suspected regardless of the presence or absence of ST segment elevation of ROSC ECG. In a recent meta-analysis, the prevalence of an acute coronary artery lesions ranged from 59-71% in Out of Hospital Cardiac Arrest (OHCA) patients without an obvious non-cardiac aetiology [15]. In patients with ST segment elevation (STE) or left bundle branch block (LBBB) on the post ROSC ECG, more than 80% will have an acute coronary lesion [16]. In those without ST elevation/LBBB on post ROSC ECG, up to 58% were found to have a coronary artery lesion in one series[24].

The largest series in coronary intervention and out of hospital cardiac arrest found primary PCI, regardless of initial ECG, was an independent predictor of survival (odds ratio 2.06: P=0.013).

Thrombolysis should be considered if PCI is not available. 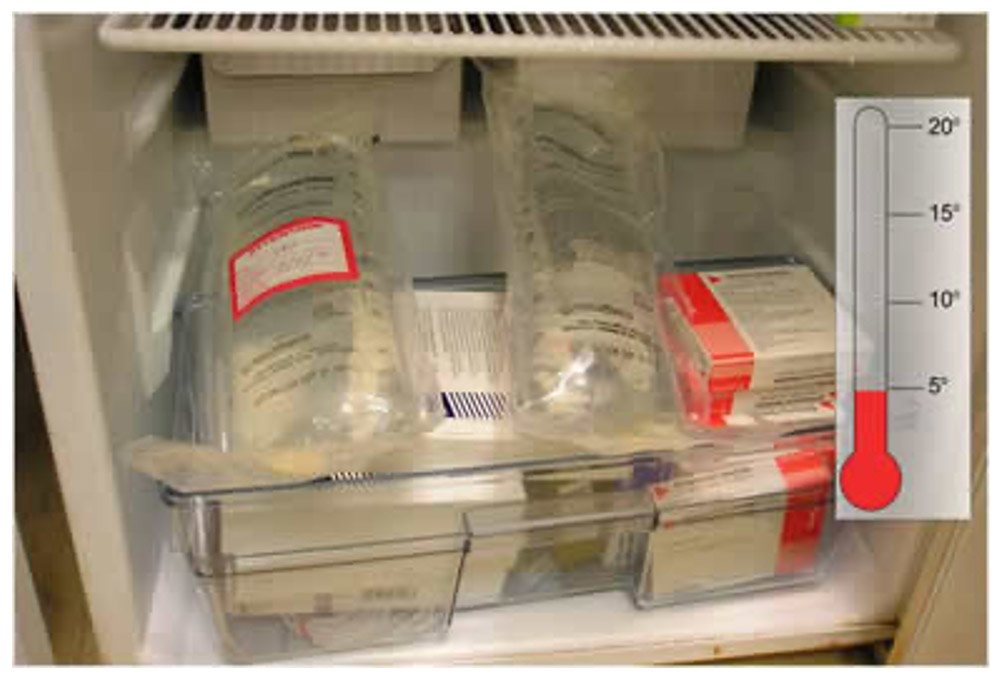 Mild hypothermia may suppress chemical reactions associated with reperfusion injury post- arrest. Therapeutic hypothermia was in vogue up until recent years where more recent evidence has shown prevention of hyperpyrexia to be associated with better outcomes. Two large RCTs had initially concluded benefit with TH after cardiac arrest[25].

However, newer studies have caused us to move towards prevention of pyrexia. The TTM (targeted temperature management) trial showed no difference in mortality or neurological outcome between those cooled to 33 degrees versus 36 degrees (Celsius)[26].

Two more recent trials have in fact shown a trend towards poorer survival and worse neurological outcomes with therapeutic hypothermia. This was independent of initial rhythm[27,28].

Guidelines have shifted towards supporting targeted temperature management rather than therapeutic hypothermia. TTM aims to maintain temperature between 32-36 degrees Celsius. TTM should be initiated immediately post ROSC in all patients who remain comatose, regardless of initial rhythm. These measures should be maintained for at least 24 hours.

It is likely that it is the prevention of pyrexia, rather than cooling per se, which leads to outcome differences in the post arrest patient.

Local preference and guidelines should be followed for exact temperature target but in all cases, pyrexia should be avoided.

Pyrexia must be avoided post-cardiac arrest. It is common in the first 48 hours and the risk of a poor neurological outcome increases with each degree rise over 37oC [3].

The following areas will be important in the on going management of a patient post ROSC:

Most ITU clinicians in the UK now use 36 degrees centigrade as the TTM post cardiac arrest.

Myoclonic epilepsy is an indicator of very poor prognosis and is used by many physicians in the emergency department as an indicator to discontinue intensive ventilatory and circulatory supports [15,16].

However, case reports have contraindicated studies supporting this [8] there is no definitive answer yet.

Pathophysiological factors (e.g. hypoglycaemia) and interventions (hypothermia, sedation, atropine administration) will affect the neurological exam and must be considered [3].

Absent pupillary light reflexes and an absent motor response to pain are of no value in prognosticating in the first few hours post-ROSC. By 72 hours, both are independently predictive of poor outcome [5].

Advanced age and a PEA rhythm combined are significant predictors of poor outcome [8].

Poor outcome in terms of survival is also associated with diabetes, sepsis prior to cardiac arrest, cancer, stroke, or being housebound before cardiac arrest.

These, again, have not been found to be reliable predictors of neurological outcome in those who do survive [3].

A non-cardiac cause of arrest (e.g. hypoxia/hyperkalaemia as opposed to acute coronary syndrome), or asystole as the initial monitor trace on commencement of CPR, are unreliable as predictors of poor outcome [3].

Asystole as the initial rhythm on commencement of CPR is unreliable as a predictor of poor outcome [3].

Downtime, delay to start of CPR and quality of CPR

Several studies have shown an association between poor outcome and increasing time interval between collapse and start of CPR and/or from the start of CPR to return of spontaneous circulation [8].

A low ETCO2 of less than 10 mmHg during resuscitation (i.e. CO2 as a marker of cardiac output during CPR) is associated with poor outcome as is a low PaO2 after ROSC [3,8].

pH on the first arterial blood gas (ABG) post-ROSC does not correlate with survival.

High lactate levels on post-ROSC blood gases have been associated with severe neurological impairment in one study but a lactate has to be >16 to give 100% specificity for poor neurological outcome after ROSC [17].

This set of images shows a selection of CT scans obtained post ROSC.

As a rule, post-ROSC comatose patients without significant pre-arrest co-morbidities should be taken to the ICU for supportive care, and their individual prognosis decided later by the intensive care team.

The best predictor of function we have is neurological outcome at 72 hours.

Delaying prognostication in individual patients until 72 hours post-ROSC may limit the problem that ‘perception of a likely adverse outcome may well create a self-fulfilling prophecy’ [ILCOR, 3].

Unless specifically indicated (e.g. suspected cerebral bleed or stroke), routine CT brain has no current role in the management of the post arrest patient.

There is no good evidence supporting the role of CT or MRI in prognosticating post cardiac arrest [3].

Withdrawing and withholding care are generally regarded as ethically equivalent.

Withdrawing or withholding treatment are regarded as ‘omissions’, not ‘acts’, and life-prolonging treatment may lawfully be withdrawn or withheld if deemed not in the incompetent patient’s best interests.

Likewise, there is no legal obligation to give treatment if it is futile or deemed ‘burdensome’ to the individual patient [18].

A careful but succinct verbal and written handover of potential causative diagnoses, treatments given/planned, and what has been discussed with relatives, is crucial when handing over care of any critically ill patient.

Whilst this seems obvious, both are often neglected between busy departments, and where rapid time critical management decisions are being made.