Invasive meningococcal disease is one of the leading infective causes of mortality and morbidity in children and young adults in the UK[4].

Children with meningococcal disease can present classically, or with a variety of non-specific symptoms, or with no symptoms at all. As such, a high clinical suspicion is required when assessing the unwell child in the ED[4,35].

It is important to note that meningitis is more commonly caused by a virus, such as enterovirus or paramyxovirus, and can also be caused by other organisms such as parasites and fungus. This session will however focus on bacterial meningitis and meningococcal disease[4,35].

Bacterial meningitis is an infection of the surface of the brain (meninges) by bacteria that have usually travelled there from mucosal surfaces via the bloodstream.

Meningococcal disease occurs as a result of a systemic bacterial infection by Neisseria meningitidis (meningococcus).

The most common organisms causing bacterial meningitis in children are:

Following the introduction of vaccines in the last twenty years to control Hib, meningococcus serogroup C, and some types of pneumococcus, the epidemiology of bacterial meningitis has changed dramatically[4].

Meningococci are gram-negative diplococci. They are divided into (at present) 12 capsular groups according to characteristics of the polysaccharide capsule. These groups are A, B, C, E, H, I, K, L, W, X, Y, and Z.

Historically, B, C, W and Y were the most common in the UK. However, due to vaccination programmes, cases of Men C have reduced dramatically.

Serogroup B meningococcus has been the most common cause of bacterial meningitis and septicaemia in recent years due to no licensed vaccination. In 2015, a Men B vaccine was introduced to the UK vaccination schedule. Cases of Men B have reduced by 75% in groups eligible for vaccination since then[33].

Since 2009, capsular group W infections have been forming an increasing proportion of cases[24]. 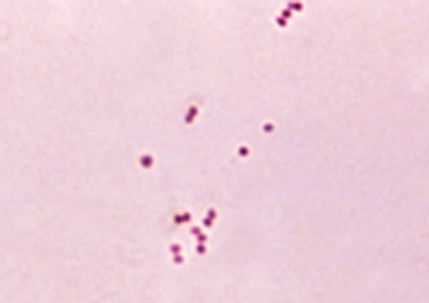 Humans are the only known reservoir for meningococcus. Around 10% of adults and 25% of adolescents are colonised with the bacteria in the nasopharynx, and are asymptomatic. In younger children carriage rates are much lower[24,25].

Transmission is by aerosol, droplet, or direct contact with respiratory secretions of someone carrying the organism, usually with frequent or prolonged close contact.

Incidence of meningococcal disease is highest in children under five years of age, peaking in those under one year old. There is a secondary smaller peak in young people aged 15 to 19 years old. There is marked seasonal variation, with case numbers peaking in the winter months.

Since the introduction of vaccination programmes, mortality from meningococcal disease has fallen from 10% to 5%, though this is higher in individuals with septicaemia than meningitis alone[24,25].

N. meningitidis in the blood stream can cause meningitis by crossing the blood-brain barrier. It can also cause overwhelming septicaemia secondary to endotoxin release. In some cases, both processes take place.

It is important to be aware of differences in the pathophysiology of meningitis and septicaemia, as this enables understanding of the differing clinical presentations and subsequent management. Although most patients will have a mixed presentation, it is usually one disease process that predominates.

The penetration of meningococcus from the blood to the cerebrospinal fluid (CSF) initiates an endotoxin and inflammatory-mediated CSF response. This process results in leakage of protein and fluid from the cerebral vasculature, causing cerebral oedema and cerebral vascular thrombosis. The increase in brain water content produces raised intracranial pressure, with a subsequent reduction in cerebral perfusion, and the potential for brain death.

Endotoxin release from meningococcal bacteraemia results in increased vascular permeability, with the passage of protein and water from the intravascular to the extravascular space. This effect is mediated by an inflammatory response targeted at the endothelial lining of the blood vessels. This capillary leak syndrome causes a reduction in circulating volume, hypovolaemia, and a reduction in cardiac output.

Acute myocardial dysfunction contributes to the picture of septic shock in meningococcal septicaemia. Meningococcal endotoxin and other associated inflammatory mediators have a direct myocardial depressant effect and this, in combination with a myocardial cytotoxic effect, can cause myocardial cell necrosis.

DIC is a recognised sequelae of IMD, resulting from activation of the coagulation cascade, and down regulation of the anticoagulant and fibrinolytic pathways, leading to a pro-coagulant state. This process explains the characteristic petechial and purpuric rash associated with meningococcal septicaemia.

The progression of shock results in tissue hypoxia and pulmonary oedema from capillary leak. When decompensation occurs, hypotension results, which is a pre-terminal sign in children with meningococcal septicaemia.

Presentations of meningococcal infection can be as meningitis alone (15%), septicaemia alone (25%), or both meningitis and septicaemia (60%). Less commonly, individuals may present with pneumonia, myocarditis, endocarditis, pericarditis, arthritis, conjunctivitis or pharyngitis.

In most children with early (4-8 hours) meningococcal disease, fever may be the only symptom. Other non-specific symptoms include irritability, lethargy, vomiting, coryzal symptoms and myalgia. Particularly in those children under 2 years of age, the typical meningococcal symptoms and signs may not be present. Because of this, it is important to have a high index of suspicion when assessing unwell children.

The child should have a rapid ABCDE assessment, followed by a more detailed review. 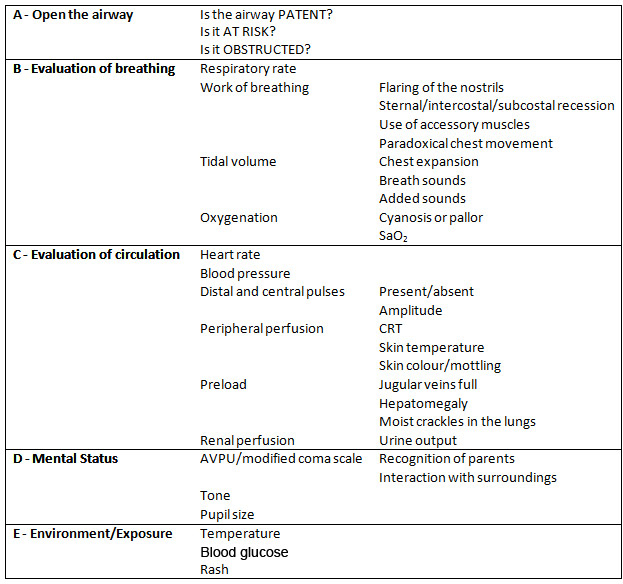 Any deviation from the normal range in combination with any of the features on the next page should prompt consideration of a diagnosis of invasive meningococcal disease.

Symptoms of meningitis in the paediatric population are often non-specific in the early stages and clinical symptoms vary with age. The young child under 2 years of age may present with fever, irritability or drowsiness. Teenagers may exert aggressive or combative behaviour which may be mistaken for substance abuse [9]. The classical signs of meningeal irritation, i.e. headache, photophobia or neck stiffness are more likely to be seen in the older child in the later stages of the illness.

In general, meningococcal disease is less likely if the disease has lasted more than 24 hours.

Most patients with meningococcal septicaemia develop a rash. However, this will not always be a feature at initial presentation. The rash can range from scanty blanching macular or maculopapular lesions to a rapidly evolving haemorrhagic rash. The ‘text-book’ non-blanching rash may be a very late sign, and the underlying meningitis or septicaemia is often very advanced by the time this rash appears. A generalised petechial rash or purpuric rash in any location, in an ill child, is strongly suggestive of meningococcal septicaemia and should prompt urgent treatment.

In children with suspected meningococcal septicaemia, the Glasgow meningococcal septicaemia prognostic score (GMSPS) has been recommended by SIGN [1] and is based on clinical criteria only. It may be a useful tool for identification of those patients who need transfer to a tertiary hospital with PICU-11. There is currently no evidence that these severity scoring systems alter outcomes.

A GMSPS equal to or greater than 8 should alert the clinical team to the need for early intubation and ventilation, and is a poor prognostic indicator.

Once IV/IO access is established, blood should be taken for blood cultures and meningococcal PCR to aid in reaching a definitive laboratory diagnosis. Other laboratory tests which may assist in directing management and predicting prognosis include:

Lumbar puncture should be performed as a primary investigation unless contraindicated. It should not delay the administration of antibiotics. CSF examination should include

Contraindications to lumbar puncture include

In an unwell child, where there is high clinical suspicion of invasive meningococcal disease, performing investigations such as blood tests or a lumbar puncture should not delay resuscitation and definitive treatment[4].

All ill children presenting to the ED should be assessed and managed following APLS principles [6].

Two UK studies completed in 2001 confirmed that aggressive treatment of severe cases of meningococcal disease in children can lead to an improvement in outcome [15,16].

Children with suspected progressive IMD should be discussed with intensive care at an early stage.

All children with suspected meningococcal disease in the ED should be managed in the presence of full resuscitation facilities, with continuous cardiac and oxygen saturation monitoring. A senior emergency physician and the duty paediatrician should be involved at an early stage.

Oxygen should be administered to children with signs of respiratory distress, and an anaesthetist immediately involved if there is any concern about the child’s ability to maintain their own airway and adequately self-ventilate.

If there are signs of shock, give an immediate fluid bolus of 20ml/kg sodium chloride 0.9% (or alternative balanced crystalloid) over 5-10 minutes and reassess. If signs of shock persist, a second and then a third bolus of either crystalloid or human albumin 4.5% solution are recommended.

If signs of shock persist after the first 40ml/kg, urgent anaesthetic and intensive care assistance should be sought to consider intubation and initiation of vasoactive drugs, together with further boluses of fluid based on the clinical and biochemical picture.

Empirical intravenous antibiotics are the mainstay of treatment in all children with invasive meningococcal disease. NICE guidelines recommend cefotaxime (50mg/kg) and amoxicillin/ampicillin (to cover listeria – see BNF) in children under 3 months old, and ceftriaxone (80mg/kg) in children over 3 months old [4].

Vasoactive therapy in children not responding to fluid boluses should be governed by local guidelines and commenced on advice from a paediatric intensivist. Drugs such as adrenaline, noradrenaline, and dopamine are used and these can be commenced peripherally (or intraosseous) for a short period of time whilst establishing a central line.

Corticosteroids are not for use in children under 3 months old. Dexamethasone 0.15mg/kg QDS should be given for 4 days if lumbar puncture reveals:

Seizures should be managed as per the APLS guidelines in a stepwise fashion [4].

Poor prognostic factors at presentation include [25-27]:

A single retrospective study has suggested potential risk factors for death in the management of IMD to include [28]:

Prophylaxis aims to reduce carriage and secondary spread, and should be given within 24 hours of diagnosis to: [3,34]

CNS infections are relatively rare, but form a very important differential diagnosis in the unwell patient presenting to the ED.

Recognising the clinical features of invasive meningococcal disease in children