Intubation forms an integral role in the treatment of the critically ill or injured patients presenting to the ED with a failed or at-risk airway. The acuity of their presentation may often necessitate a rapid placement of an endotracheal tube (ETT). There are many different strategies to achieve this; one such technique is rapid sequence induction (RSI). RSI is designed to minimise the time between loss of airway reflexes and placement of an ETT in the trachea. It minimises the risk of aspiration in patients who are inadequately starved, have impaired gastric emptying or are known to have gastric reflux. The term ‘rapid sequence induction’ emphasises the use of a sequential technique in achieving rapid intubation by minimising the time delay between loss of airway reflexes and tube placement.

Rapid sequence induction (RSI) is an established method of inducing anaesthesia in patients who are at risk of aspiration of gastric contents into the lungs. It involves inducing loss of consciousness whilst cricoid pressure is applied followed by intubation without face mask ventilation.

An induction agent (e.g. propofol) induces a state of immediate unresponsiveness. This is then followed by the administration of a neuromuscular blocking agent to induce paralysis. The combination of drugs ceases spontaneous ventilation in the patient and allows for better view of the vocal cords. RSI is useful in patients with an intact gag reflex, a full stomach and a life threatening injury or illness requiring immediate airway control.

There are considerable variations in medications used for induction and paralysis. In the UK, propofol and ketamine remain the two most commonly used induction agents. There is now a shift of use of paralytic agent, from suxamethonium to rocuronium. In a recent analysis of 4275 intubations performed in the ED (USA), suxamethonium and rocuronium exhibited no differences in first-pass success (87.0% versus 87.5%) or adverse events (14.7% versus 14.8%) (April MD et al). This study only examined patients receiving either suxamethonium or rocuronium.

The most common induction agents used are:

The most common paralysing agents used are:

The assessment of an airway should involve the use of the LEMON criteria: 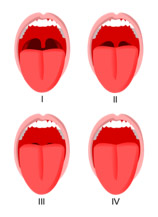 Emergency intubations are not without the risk of complications, not least due to the emergency nature of the procedure. A growing body of evidence suggests that the risk accompanying an invasive airway technique may even outweigh its intended benefits of protecting the airway and achieving adequate ventilation. The AIRWAYS-2 and PART studies, both published in the same 2018 issue of the Journal of the American Medical Association (JAMA), concluded that intubation is not superior to placing a supraglottic airway device (SAD) in the out-of-hospital (atraumatic) cardiac arrest setting; and that SAD may be at least as good, if not better than attempts at inserting an ETT.

The 4thNational Audit Project of the Royal College of Anaesthetists and Difficult Airway Society (NAP4) was designed, in part, to look at airway management in ED and highlight any deficiencies that have or could have led to serious harm. Analysis of cases highlighted the following gaps in care:

The Difficult Airway Society, Intensive Care Society, FICM and the Royal College of Anaesthetists published a 2018 guideline on the management of tracheal intubations in critically ill adults. 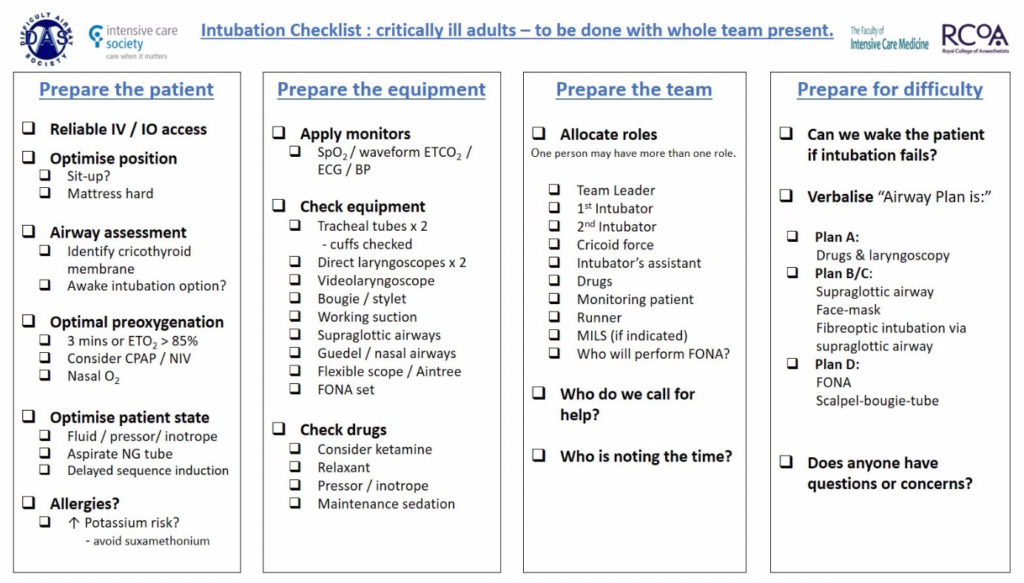 As a minimum, the following personnel should be present during an intubation: 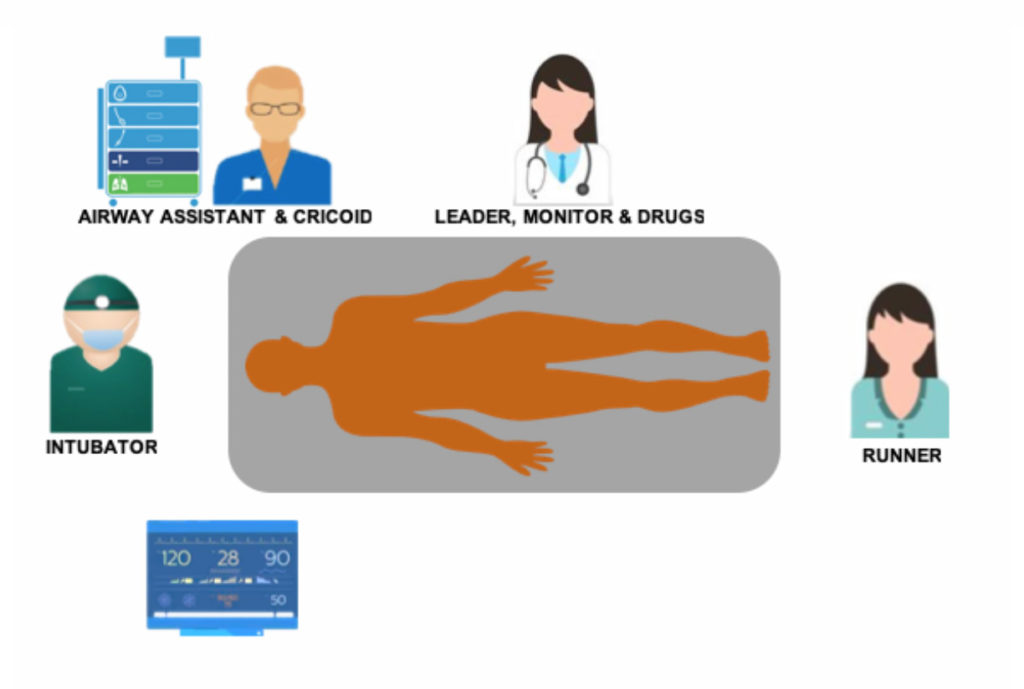 In the event of a failed or difficult airway, the following steps should be followed: 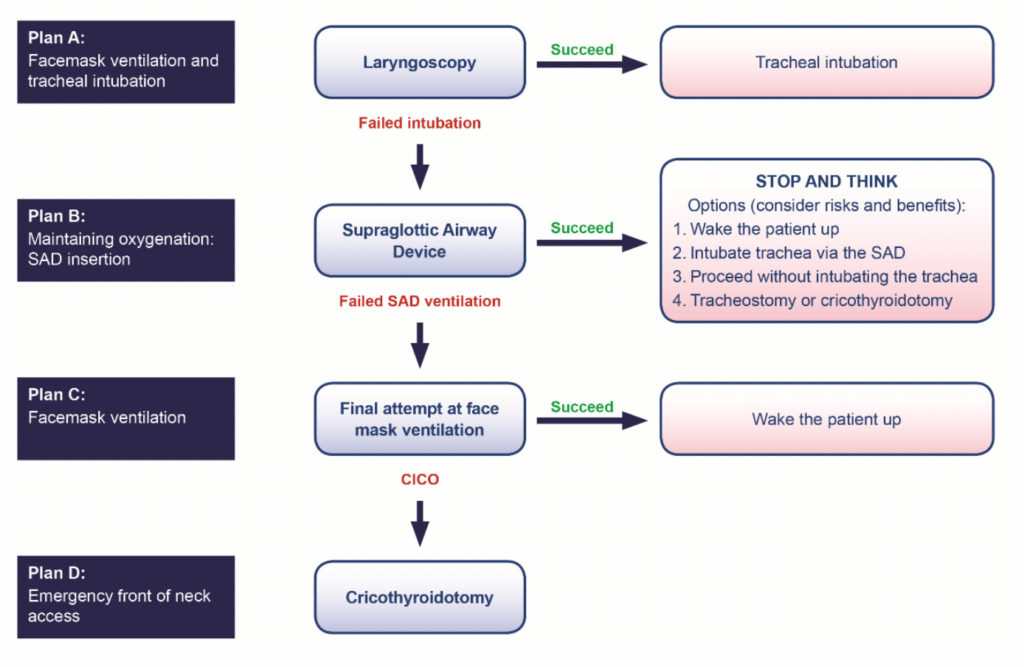 RSIs can be difficult in a number of scenarios:

Always ensure that the following medications are within reach:

If the patient develops hypoxia post-intubation, follow the steps below: