Status epilepticus (SE), a state of prolonged, uncontrolled seizures, is a common emergency department (ED) presentation that is potentially life-threatening. Untreated, the mortality approaches 30%, whilst following evidence based, validated treatment algorithms can significantly improve outcomes. Presentations may vary from clinically obvious tonic-clonic convulsions, to subtle focal seizures, to seemingly bizarre sensory alterations associated with partial seizures. An awareness of the existence and extreme presentations of these different forms is required.

SE is a prolonged seizure of any type.

Traditional definitions of SE refer to either:

There is a growing body of support for the definition to refer to seizures that persist for greater than 5 minutes without intervention [1-6]. This relates to evidence demonstrating that a significant proportion of seizures that continue for 5 minutes will go on to persist for greater than 30 minutes and that the average seizure duration in adults is less than 1 minute. Hence, seizures that persist beyond 5 minutes represent a significant deviation away from the norm. Further to this, there is a suggestion that neuronal injury can result after just 5 minutes of seizure activity.

More recently the use of the term impending status epilepticus has been advocated to describe continuous or intermittent seizures that persist beyond 5 minutes without neurological recovery [6]. This definition recognises the immediate requirement for treatment for such patients, but acknowledges that not all are in established SE and that up to 40% of these may terminate spontaneously within 30 minutes.

Established SE refers to clinical or electrographic seizures that persist for 30 minutes or longer without full neurological recovery in between.

Refractory SE is defined as the persistence of convulsions despite adequate doses of two intravenous agents.

SE may be subdivided into convulsive and non-convulsive forms. These will be discussed in greater detail.

Seizures result from rapid abnormal electrical discharges from cerebral neurones. This is thought to arise from an imbalance between excitatory and inhibitory neurotransmitters (most commonly between Glutamate and GABA) leading to a failure of the inhibitory process [7].

Numerous systemic and metabolic changes occur in association with prolonged seizures; these include tachycardia, hypertension, hyperglycaemia and lactic acidosis. Most of these are thought to result from a surge in catecholamine release that accompanies the seizure and will resolve with seizure resolution. Beyond 30 minutes of seizure duration cerebral autoregulation may become impaired and cerebral perfusion will fall as hypotension occurs with potential for ischaemic injury and cerebral oedema. 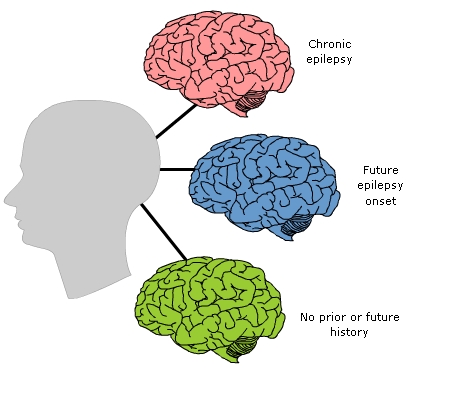 The underlying aetiology of SE can be divided into three groups:

In one-third of patients, there will be an underlying background of chronic epilepsy.

In patients with a pre-existing history of epilepsy, SE most commonly results from:

However, it may also occur in the presence of:

In one-third of patients, the episode will represent the onset of future epilepsy.

No prior or future history

In one-third of patients, the episode occurs with no prior or future history of epilepsy.

In the absence of an established diagnosis of epilepsy, SE may result from:

These may also be the causes of SE in a patient without epilepsy and should always be borne in mind when assessing patients.

There are numerous different forms of SE, classification being important to help direct the appropriate level of treatment and investigation.

Broadly speaking, SE may be categorised as being either convulsive or non-convulsive, depending on the presence or absence of regular focal or generalised contractions of the muscles. Convulsive status may be further classified as generalised (involving the entire brain) or partial (involving only part of the brain) [7]. However, other classifications do exist.

Often the most clinically obvious presentation of SE. it begins with a sudden powerful contraction of the muscles (tonic phase) often associated with a fall to the floor, followed by regular rhythmic contraction and relaxation (clonic phase) of the musculature of all limbs. This is invariably associated with alterations in the level of consciousness.

Defined by seizures originating from a specific area of the cortex without any impairment of consciousness. Presentation may be far more subtle than for generalised seizures and may involve motor (regular rhythmic contractions of a single limb or muscle group) or sensory (illusions, hallucinations, depersonalisation) symptoms.

Complex partial seizures are associated with a degree of conscious impairment and arise from a single region of the brain. Symptoms may include aphasia, apraxia and focal limb weakness. They may often be associated with motor or verbal automatisms.

Other forms of status epilepticus exist, but are less frequent. These include absence, myoclonus, or pseudo-status epilepticus, the latter characterised by tonic clonic jerks in the absence of true altered consciousness.

All ED patients with SE should have an intravenous cannula sited and blood sent for urea, electrolytes, magnesium, calcium and full blood count. A blood gas, either venous or arterial is useful for demonstration of the patients metabolic status. Further investigations will be dictated according to the specific circumstances of individual cases. These may include a CT brain, blood cultures, serum anticonvulsant levels and lumbar puncture for CSF evaluation [2,4]. An electroencephalogram (EEG) is rarely required in the acute setting; however it may be of value in patients with suspected non-convulsive status, or in those patients who are paralysed and sedated [8]. Clear ictal activity may not be seen on the EEG during simple partial status epileptics.

SE is a medical emergency that requires urgent aggressive therapy in order to limit any long-term damage. The following principles must be recognised:

Effective treatment can be effected in two phases:

We will consider these in turn.

Treatment should begin with attention to airway, breathing and circulation (ABC), with

the application of high-flow oxygen where available. 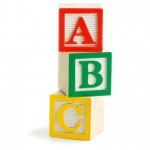 Blood glucose should be checked, and intravenous dextrose used to treat the patient if hypoglycaemia is found or suspected.

There is a good amount of evidence to support the use of benzodiazepines in the pre-hospital setting. Use either:

The following agents may be used in the management of patients with SE:

This group represents the first line of agents for treating SE, preventing the propagation of the seizure rather than affecting the original focus [10].

All have a rapid onset of action due to their lipid solubility and consequent ability to cross the blood-brain barrier.

The agents used most frequently are: 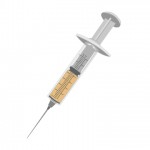 Lorazepam is less lipophilic, has a smaller volume of distribution and a longer intracerebral half-life (12 hours) than diazepam. It may therefore provide more prolonged suppression of seizures. Intravenous lorazepam will terminate seizures in 60-90% of patients in SE.

Midazolam is water-soluble making it available for buccal or intranasal use, primarily in the pre-hospital setting.

All benzodiazepines carry the risk of respiratory depression and hypotension.

Phenytoin is a long-acting drug whose advantage is the prevention of seizure recurrence over an extended period of time.

Its delayed onset (10 to 30 minutes) necessitates use in combination with a rapidly acting agent, typically a benzodiazepine.

Phenytoin is not water-soluble and is formulated with propylene glycol, which has the potential to cause significant side-effects including:

Phenytoin is associated with the ‘purple glove syndrome’ characterised by local oedema, skin discolouration and pain distal to the infusion site. Skin necrosis and limb ischaemia have been reported.

Complications are reduced by keeping infusion rates below 50 mg per minute and by avoiding co-infusion with dextrose-containing fluids which can lead to the formation of precipitates.

Fosphenytoin is the inactive prodrug of phenytoin which is broken down into the active drug by serum phosphatases. It has the advantage that it is water-soluble and hence is associated with fewer of the local side-effects. It may also be infused at a faster rate. However, the time taken for the active metabolite to be formed means that the time taken to achieve therapeutic phenytoin levels is similar for both.

Paraldehyde is recommended in many treatment algorithms as a second-line agent to be used after benzodiazepines in the absence of intravenous access.

It is given via the rectal route, mixed with an equal volume of olive oil.

Whilst there is little published evidence to support its use, there is a large body of anecdotal evidence.

Barbiturates have a similar mode of action to benzodiazepines by modification of the actions of GABA.

These agents are not standard first-line drugs but may be used for patients with refractory SE.

Side-effects include respiratory depression and sedation, particularly if used after benzodiazepines.

Intravenous Pabrinex® or thiamine should be given in patients with known, or suspected, alcohol abuse or poor nutritional status.

The evidence base for the use of agents other than first-line drugs is limited, hence numerous other drugs are used for the treatment of refractory SE without any clear standardisation. These include:

Note: An acidosis is commonly seen in status epilepticus. This is seen more frequently in the setting of single prolonged seizures rather than in that of recurrent seizures without full recovery in between.

The acidosis has both metabolic and respiratory components, the former resulting from lactic acid production with continued muscle contraction, and the latter resulting from hypoventilation.

The induced acidosis does not correlate with any degree of neuronal injury and is thought to act as an anticonvulsant contributing to the termination of seizures.

These images provide a step-by-step management protocol for patients. Find out more about each step.

On arrival in the ED:

Treating all convulsions as status epilepticus and instituting early intravenous therapy. The majority of seizures will be self-limiting and will cease spontaneously within 5 minutes.

Prescribing intravenous sodium bicarbonate for patients in status epilepticus with a profound metabolic acidosis. This acidosis will usually resolve spontaneously and may contribute to the cessation of convulsions.

Failure to treat patients with convulsions on the basis that they may actually represent pseudo-seizures. It represents a far greater danger to fail to treat a patient who may have genuine status epilepticus than it does to treat the converse situation.

To leave too short a time for an agent to have its effect before instituting treatment with a further agent. This may compound any adverse effects. For patients with impending status epilepticus 10 minutes should be allowed between subsequent drug doses.