Neonatal care is a huge success story of modern medicine. It is now possible for babies born at 23-24 weeks gestation to survive (although often with profound and wide ranging long term problems) while those survivors in older groups (born 28 weeks plus) are doing better than ever.

If you’re working in a paediatric ED it won’t be long until you come across a NICU ‘graduate’.

Most EM trainees won’t have had the benefit of ever working in neonatal intensive care, so this is a short primer which will hopefully help you understand a bit more about this particular group of babies.

What does ‘corrected gestational age’ mean? 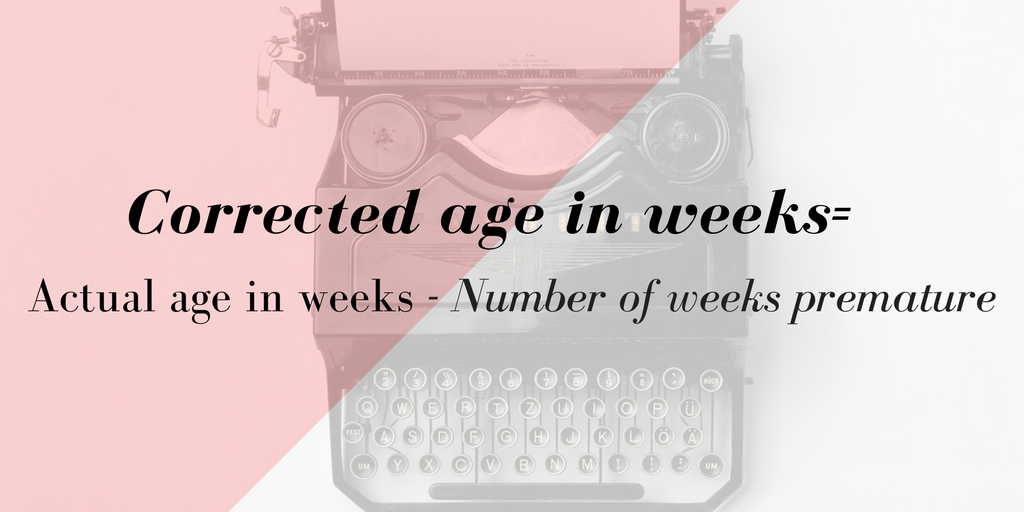 Parents might say that the child is ‘eight months old, but six months corrected’. Corrected gestational age is how old the baby ‘should’ be – if they had been born on time.

The Story of Noah – A ‘typical’ NICU journey

There is no typical NICU stay, but this fictional story of Noah describes what a NICU parent may have been through…

Noah is an extreme pre-term born at 28 weeks, weighing a mere 1.4kg – his mum developed an infection and went into early labour at her local hospital. At birth Noah is floppy and not breathing. The neonatal team intubate him straight away. Noah is taken to NICU, and put on a ventilator. The neonatal team starts antibiotics, and put in an umbilical venous catheter (to give fluids) and umbilical arterial catheter (for central blood pressure monitoring). The blood pressure keeps dropping and a dopamine infusion is needed. Because of the severe infection the ventilation is difficult to manage, and at 12 hours old Noah needs an emergency transfer across the city to a tertiary NICU.

At the tertiary hospital Noah spends a week on a ventilator. A head scan shows that there is a bleed into one of the ventricles (common in this age group). The long term effects of this are unpredictable at the moment. He is jaundiced, so the incubator is lit with blue phototherapy lights. He is too sick to be fed through a NG tube, so is on parenteral nutrition. After three days mum is finally well enough to come and see Noah for the first time. She gets her first cuddle.

Turning a corner after a week on antibiotics, Noah is extubated and put on CPAP (via a nasal mask). He does well and two days later is well enough to go back to the local NICU.

At three weeks old (corrected age 31 weeks gestation), suddenly Noah has an apnoea. His parents watch as the neonatal doctors resuscitate him. Infection is suspected. He has to be intubated and ventilated again for a couple of days. The feeding is set back because of this; mum is running out of breast milk and the stress is not helping.

At four weeks old (corrected age 32 weeks gestation), Noah has made it off CPAP but still needs oxygen through nasal cannulae. This means he has chronic lung disease (defined by still needing oxygen after four weeks of age). He is fed via a NG tube, as he still doesn’t have a suck reflex. Mum has to pump her breast milk and give it to the NICU nurses to keep in the fridge for Noah.

His parents are travelling between home and hospital several times a day. Only the immediate family are allowed onto the NICU for infection control reasons.

At 35 weeks corrected gestation, Noah is able to take some breast feeds, but this is tiring for him and he still needs the NG tube. He has finally stopped needing oxygen. He has another two days on antibiotics after seeming a bit unsettled with a few large vomits. Luckily, this time the blood cultures are negative.

At 36 weeks the feeding is going better, and at 2.0kg Noah has put on just enough weight to be discharged home. He needs long term follow up to monitor his development. The family have by this point been in the NICU for 8 weeks, and they feel lucky to have had a relatively straightforward stay. Many other NICU parents they’ve met will still be there for months.

NICU parents may have had an unwelcome crash course in neonatal medicine, but the advantage of this is that they will be able to give you a very detailed history if you know the right questions to ask.

Are probably the most common reason for ex-prems to come to the ED. Most preterms will have had some form of respiratory support, and as you can probably guess, babies who needed longer periods of more invasive support are the ones to worry about more.

So, ask parents how many days/weeks the baby was on a ventilator for, how long they needed CPAP or high flow oxygen, and how long they needed oxygen via nasal cannulae. If they needed steroids to get off the ventilator, needed any form of oxygen after 28 days of chronological age, or are still on home oxygen or respiratory support now, these are indicators of chronic lung disease of prematurity (CLD). The major causes of death in babies with CLD (in NICU and after discharge) are sepsis/respiratory infection, respiratory failure or pulmonary hypertension.

CLD is related to gestational age at birth and also birth weight (the more premature and the smaller you are, the more likely you are to have CLD). Ante- and postnatal infections, mechanical ventilation and oxygen therapy also contribute to the development of CLD. Using mechanical ventilation and oxygen is pretty much unavoidable in premature babies, but modern neonatal care focuses on keeping ventilation pressures as low as possible to avoid barotrauma, with tightly controlled oxygen levels.

If any ex-prem – not just those with CLD – attends ED with a respiratory complaint, however minor, it is pretty unusual for them not to be admitted. Even ‘well appearing’ babies of this group can decompensate fast and need close observation.

The most common surgical procedures premature babies undergo are repair of inguinal hernias (this might happen electively or as an emergency if the hernia strangulates), closure of a patent ductus arteriosus (PDA), and – less commonly – bowel resection, and possibly colostomy formation, if they have suffered necrotising enterocolitis (NEC). Scars from these operations will be there if you know where to look (it’s a left lateral thoracotomy scar for a PDA closure).

Many preterms are discharged home on nasogastric feeds which parents are trained to do at home. Taking a good feeding history is really important – covering which milk they use, how many feeds a day, how long a break they have from feeds overnight.

A smaller subset of babies (for example those with neurological problems or severe reflux) will be PEG fed. Problems with feeding (or tubes) are a common reason to present to the ED; any child who is at home needing feeding support like this will have a community nurse who is a good point of contact for information.

Premature babies get these at their chronological age, rather than their corrected age. So they should have had their 2, 3 and 4 month vaccines 2, 3 and 4 months after their ACTUAL birthday rather than their due date. Also, some ex-prems (exact criteria vary slightly from hospital to hospital) receive an extra winter vaccine – Palivizumab – against RSV, the main culprit of bronchiolitis.

As ex-premature babies are so fragile, it is important that they are kept in a side room away from all the other snotty, viral older children in the ED (hopefully your triage will have sorted this out).

Starting life in NICU can have huge effects on development, even if the baby did not suffer any brain injury. The NICU environment is stressful despite the efforts we make to try and minimise this, and babies will not have the normal amount of interaction and stimulation from their parents. Their development is more likely to follow their corrected, rather than chronological age.

Babies who needed oxygen for over a month on NICU, or are on home oxygen – these babies have chronic lung disease of prematurity. Bronchiolitis, or any viral URTI, could be catastrophic.

Recent discharge from NICU – the baby may be suddenly unwell… or maybe the parents aren’t coping with the overwhelming anxiety of being at home after spending months in intensive care. Handle with care.

Parental concern – this goes for all areas of paediatrics – a parent’s instinct is usually spot on, but even more so in parents of ex-prems who have spent literally months sitting at an incubator watching their baby’s every move.

PREVIOUSNovember 2016 New in EM
BACK TO POST
NEXTW is for Winter.. and Wheeze: Paediatric Acute Asthma