When thinking of starting a DOAC, checking the creatinine clearance is really important. If it is <25mm, then it’s probably not advised. Recent bleeding would need thinking about. Also think about interacting medications – especially anticonvulsants where alternative anticoagulants are normally available. Cancer patients should probably be on low molecular weight heparin – we know for sure LMWH is better than warfarin, but we don’t know about the DOACs yet. We should also avoid them in pregnancy, and breastfeeding patients.

Reversal of DOACs is interesting – and they are known to cause bleeding, especially GI. In patients bleeding on dabigatran, we have idarucizumab

Dan Horner is an Emergency Physician and Intensivist in Salford. He has a research interest in VTE and we chatted about the current state of prophylaxis for lower limb immobilisation in ED patients

Dan Horner at StEmlyns on the TILLI Project

Jon Jones is a consultant in EM in Leeds and has a particular interest in major trauma involved in both the RCEM committee on major trauma and his local major trauma network. We’ve spoken to him in September and August 2016.

All of the references discussed in his talk are available in the link.

We should be diagnosing Acute Kidney Injury using the AKIN criteria (modified RIFLE). There are three stages.

Once AKI is diagnosed, we need to think about the cause, and not just blindly give everyone fluid. We need to:

– Check for an obstruction, including bladder. Do urinalysis

– Check basic bloods, including a VBG

Not everyone needs a serum rhubarb checking. Think carefully! 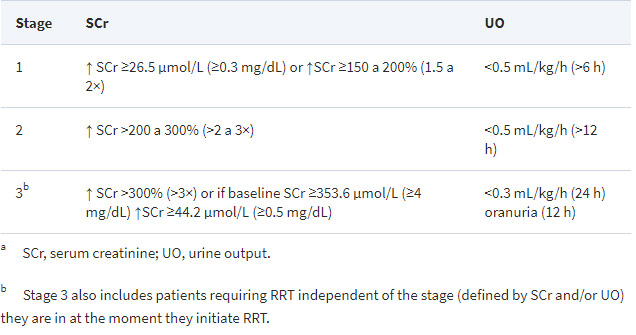 Jeff Kline is an Emergency Medicine and Thrombosis Physician and Researcher in the USA.

We talked about his research looking at facial expression and emotional response as a way of aiding diagnosis of serious pathology. This helps to inform the classic “sick/not sick” gestalt of EM.

Buzzing after maternity’s human factors course last week. Asked team if they were HALT = Hungry Angry Late or Tired. It will catch on! pic.twitter.com/j2VpyGDLaW

This was recorded at the EMTA meeting in 2017 with Damian Roland a consultant in PEM from Leicester with an interest in all things Med-Ed. He spoke to us about #FOAMed and some cautionary tales!

PREVIOUSCall The Midwife! (...and other tips on ED deliveries)
BACK TO POST
NEXTInduction - Doctor can you cast your eyes over this ECG for me?